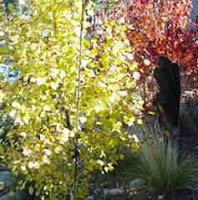 First, the necrology report. Remember good, old Jack Aspen? He suffered from Arbor nervosa. Well, he froze to death last winter. In our Class Year Book he wrote how he’d wanted to “live beside the road and be a friend to man.” At first, he was reported as “went missing,” but then in the spring after the snow melt, his neighbors found him entombed in a berm of snow, ice, cinders, and salt, buried by the city’s snow plows. Although he had extensive roots in the community, he hung around with The Aphids, a street gang, whose leader is called Slime. Looks like he suffered from road salt and “honeydew,” fell over, and was trapped in the five foot blizzard last winter.

Also, I’m sad to report the death of Sally Rhododendron from a failure to acclimatize. She won the beauty pageant her first year. She roomed with Susie Gardenia down in the foreign exchange student dorm. Their sophomore year, they were put on probation for “flashy behavior,” as Dean Henri Lapin-Brosse put it, during the Ice Carnival and Parade. I think he meant flaunting their bare skin while everyone else was stylishly decked out in LL Bean mummy bags suitable for 30ºF below. Officially, the probation report read, “Failure to Adapt.” He predicted they would come to no good end. Sally’s death was slow, but Susie went quickly. Susie had lush dark green hair and lily white skin and used a lot of perfume. Man, were they something! Not the kind you “take home to Mamma.” 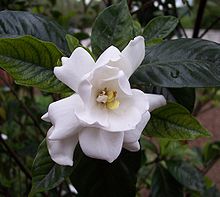 Now, the good news. We all remember Scarlet Penstemon and her brother Rocky at the Class Day Ceremonies. Scarlet and Rocky were the first of their family to go to college. Rocky got the True Blue Mountain Award for spending every night breathing heavily on his heirloom tomatoes until the danger of frost was past, some sixty-five nights, a record.

The family even won the Governor’s Acclimatization Award. Their emphasis has been horticultural authenticity, like in Sunset Penstemon. Another authenticity advocate is Freddie Fescue. His nickname was Arazz, short for Arizona, because his great grandfather was a first-settler, homesteading a big spread out near Lava Flow. Well, anyways, his cousin Ferdie Fescue got nicknamed Sheep for reasons that don’t need to be spelled out. He got admitted as a legacy because his grandfather donated Fescue Organic Commons.

You’ll remember that Arizona and Sheep started a fraternity called The Pioneers. Some of our classmates called them The Clumps. They were finally disbanded because of their discriminatory policies for black balling some foppish dude who called himself Colonel Blue Grass. He sported a string tie instead the bolo tie. Talk about out of place. Well, it turns out that Arizona and Sheep were right. Colonel Blue Grass was a subversive, who should’ve been on the university’s Weed Watch and Ward List. Expelled in his junior year for exoticism, thought he was some kind of trophy grass. 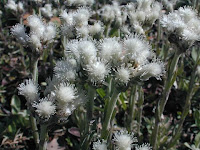 Nobody can forget Rosy Antennaria. Her nickname was Pussytoes because she wore little fluffy things on her Wellies. She was a little low to the ground if you know what I mean. Well, anyways, she’s chairwoman of our tenth reunion festivities. She’s got several contests. One is called the Hang-In-There contest, like about surviving winter with the least damage. Jethro Juniper and Gerry Gambel have already thrown their names in the pot. Remember, Jerry was really good at the twist and won lots of dance contests. Even though it was kind of out-of date, he was so good at it that he kept on twisting himself right into a permanent cockscrew. Wouldn’t you know, I heard he’s in some kind of orthopedic treatment down at a vortex in Sedona to unwind him. 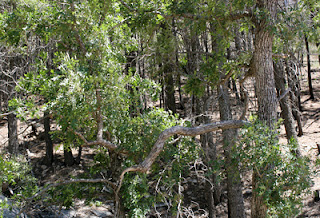 This year Pussytoes is accepting flowers only, no veggies. I’m putting in for Rose Woods. She still gets listed backwards as Woods Rose in the alumni directory. Anyways, she gets glossy red hips in the summer. Never seen them, but I heard tell they’re really something when she’s “struttin’ her stuff.” See you at Winter Fest.

Copyright (c) Dana Prom Smith 2012
Dana Prom Smith edits the column GARDENING ETCETERA for the Arizona Daily Sun in which this article appeared in 1/28-2012.  He can be reached at stpauls@npgcable.com.

If the Lawn grasses can cope up with the stress, it will be healthy and dense and will be able to resist disease. Sometime the disease may spread and it becomes out of any control. However, the disease resistant cultivars can be implemented to avoid future problems.