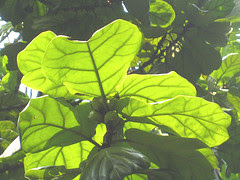 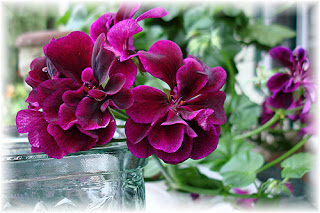 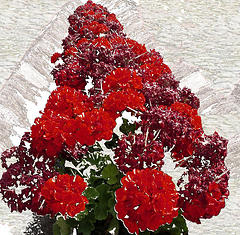 I first met Tom Perpich feet first. Lying flat on his back underneath a car on a mechanic’s creeper only his feet stuck out. The garage’s floor was as clean as a fire house’s, scoured and scrubbed, unlike some garages which resemble the Black Hole of Calcutta. However, it was a lot more than a garage for “automotive service;” it was also a nursery for geraniums and other exotics along with being an automobile museum for a classic red Mercedes.

My automotive knowledge is limited to my fading high school memories of an old 1931 Model A Ford which I sold on leaving for the army in 1944. Nowadays, I need guys like Tom Perpich.

Tom, a bright-eyed, smiling, alert fellow, is interesting in himself. After military service in Korea and trying college at ASU and NAU, he decided to follow his heart and do what he liked. Fascinated by cars as a youth, he became a mechanic. In 1975 he opened a shop with Bill Dunnam. Most people go for the money and end up with “lives of quiet desperation,” to use Thoreau’s phrase, but Tom found what he loved, did it, and earned money in the process, “the old-fashioned way.” He “earned it.”

As I listened to Tom about my aging car’s engine and its ills, I noticed vigorous geraniums throughout his shop, a huge split leaf philodendron, a fiddle leaf ficus touching the ceiling, and way in the back against a wall a gothic appearing Norfolk pine, unexpected sights in an automobile garage. At the time, meine Überfrau was having only limited success with her geraniums. So Tom’s geraniums intrigued me. They were so large and colorful that they looked like tropical flora in the upper reaches of the Amazon River.

Now, I’ve never been fond of geraniums. Raised in Southern California, my father thought of them as invasive, noxious weeds. One of my garden duties, in addition to snailing, was to chop them out with a hoe all the while getting a whitish, stinky, sticky, itchy slime all over my clothes, hands, and arms. However, as James Russell Lowell’s 1844 poem, The Present Crisis, reads, “new occasions teach new duties, time makes ancient good uncouth.” I married a high stepper who likes geraniums.

I asked about his geraniums. Growing them as a year-around plant in Flagstaff, they have to be grown indoors for part of the year. This means the sun of south-facing windows or glass doors. They cannot survive the winter outdoors. Neither native nor adaptable, they are along with tomatoes “trophy flora.” All of Tom’s geraniums run along series of windows facing south.

Tom waters them regularly, using a drip system of his devising which keeps the soil moist so that it never dries out. Geraniums like to keep their feet damp but not wet, delicate creatures that they are. They aren’t drought tolerant.

They like their beds both soft and firm, so either native soil well supplied with compost or potting is a must. As “heavy feeders,” they like a steady supply of nutrients, a balanced diet of equal parts of nitrogen, phosphate, and potash. Tom uses All Purpose Miracle Gro with an attachment to his drip system. However, hand watering and fertilizing will work, also. Geraniums cannot be neglected, like bearded irides, tulips, or daffodils, and still flourish.

As trophies, they need grooming. If they aren’t pruned, they get leggy. The purpose of pruning is shaping the plant and inducing a profusion of blooms. The cut should be made just above a bud and at a slant so that water cannot stay on the cut. A sharp knife or clippers ensure a clean cut. Pruning is best done in the winter months to ensure blooming in the spring.

I asked a friend of mine why there was so much fuss about such problematic, foul-smelling, icky plant. She said, “Because they’re so beautiful, so welcoming on a front porch.” Gretchen tells me that it’s time to change the set of my 1930’s mind. Paraphrasing Saint Paul, “When I was a child, I thought like a child, but when I became a man, I gave up my childhood ideas.” An old dog can be taught new tricks. So, it’s go, geraniums, go.