A GARDEN FOR ALL SEASONS

The SSLUG garden at NAU meanders down a draw between a parking lot and the and Behavioral Sciences, and then pausing for a moment, it makes a left turn down a deep descent to a pleasant greensward bordering .  At the pause is a shelter with several benches for outdoor meetings and rest.  In its descent it passes between the of and Behavioral Sciences and the .

A deft example of redeeming wasted space, with the blessing of the university the garden was created by a group of students led by Ian Dixon-McDonald to bring forth wealth out of detrital poverty.  Paradoxically, artichokes thrive next to pumpkins while nourishing their differences in the same soil.  Also, the garden is productive without profit while renewing the land.  In short, the SSLUG garden is a statement.

The garden’s name is one of those artificially contrived acronyms in favor nowadays.  It is Students for Sustainable Living and Urban Gardening.  Slugs are garden pests found in warmer climes, but never mind, this is a college garden.

The buildings for the two colleges are handsomely nondescript.   Straight lined, they reflect the academic attempt rationally to understand the irrational, that is, human behavior.

The garden’s not rational.  Like Topsy in Uncle Tom’s Cabin, it “just growed.”  It wasn’t designed.  It evolved out of a vision by students who understood that education if just cerebral is incomplete without engaging gardening and the land.  At first glance the garden starts at the top, but it grew from the bottom, gradually climbing up the wasted slopes, reclaiming them as it went.

The SSLUG garden in many ways is a return to the primitive farming methods of composting, plowing leftover organic matter back into the ground.  Along with that it is a rejection of modern industrial fertilizers and pesticides in favor of the organic.

At the very top of the garden are the composting bins, apparently made out of scrap lumber, scrounged from somewhere around the university, but then again compost bins are seldom gleamingly straight lined.

All through the garden, even up on balconies, are various tanks and containers in which rainwater is saved for use in the garden.  Composting and saving rainwater are a part of the sustainability which is better called renewal because we are all playing “catch up” rather than sustaining.

There is no apparent design to the hundreds of small beds nurtured by the various students or to the bizarre juxtaposition types of plants.  It appears haphazard to the eye, but useful to the gardeners who want to grow the fruit, vegetables, and flowers.  In short, it makes sense to anyone connected to the land.  Designer gardens are tidy.  Productive gardens aren’t.  Practicality is as much a test for truth as is coherence.

Jan Busco, the current COG (Campus Organic Gardener), oversees and manages the garden.  She knows more about gardening in the high country than anyone else I have ever met, and added to that, like the land, she nourishes plants and humans with a smile that envelopes the whole of her face.  If anyone craves an interesting, ironic, funny conversation, she’s the person to go to.  She’s a beauty in jeans.

She pointed out several examples of a slick use of the military tactic of diversion, planting a strong plant or weed next to a weaker plant so as to draw predators away.  A large purple amaranth with several holes dotting its leaves sat cheek by jowl with some fragile lettuce.  An unwanted cut-leaf viper grass gave pollen to the bees and seeds for small birds.

As we passed a couple of purple artichoke plants, she noticed that one of the artichokes had been picked.  She said, “One of the reassuring things about the garden is the gardeners.  They never take more than they need.  They always leave something for someone else.”

When so many are on hell-bound drives for success, what better words to describe the garden than that “they always leave something for someone else.”  The SSLUGGERS are not only sustaining the earth but also one another.  Talk about quality!

Posted by OLD GEEZER'S REPORT at 11:25 AM No comments:

A STREAM OF GARDENERS 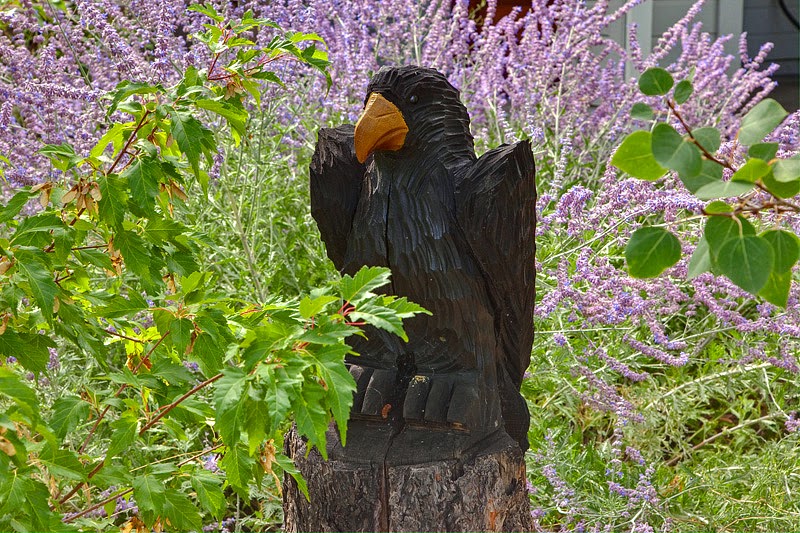 On a cold, wind-swept, winter’s day in the parking lot of Dillard’s, Mike Frankel, the general guru and factotum of the Artists’ Coalition, along with his dog, Satchel, a pit bull mix, asked me for a favor.  He said that the Artist’s Coalition was thinking of sponsoring a tour of several gardens.  Putting his hand on my shoulder as Satchel sidled up to me, leaning against my calf, he said, “Hey, Dana, would you be willing for your garden to be a part of the tour.”  As a member of the Artists’ Coalition, meine Űberfrau nodded, and I replied, “Sure.  I don’t see why not.”  Little did I know. 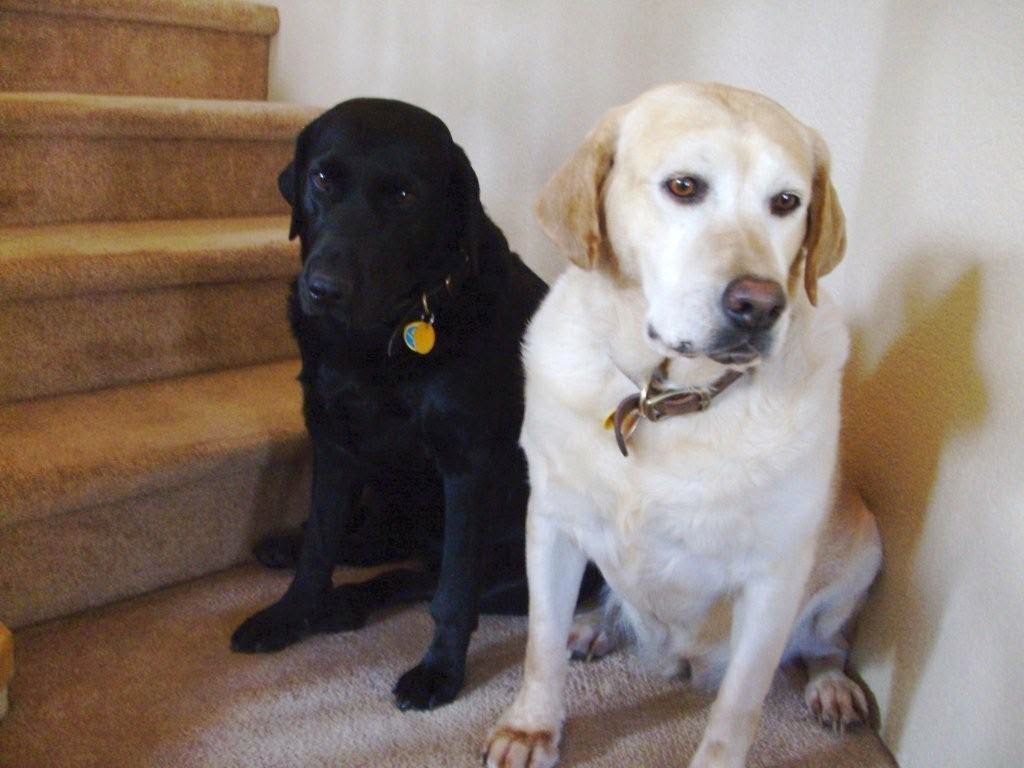 I heard nothing for a long time, and then , a member of the Artists’ Coalition and a Master Gardener, asked me again, this time saying that the tour would be sponsored by the Coalition, the Master Gardeners’ Association, and Viola’s.  Once again, I innocently said that I would.

The tour itself was a delight.  On a Saturday from 11:00 to 4:00 about 250 to 300 people roamed through our front and back yards.  Nothing was pulled up or stamped on.  No one was untoward.  Everyone was well-behaved.  Our dogs, Katrina and Petite, stayed upstairs, out of the way and held it in until the last couple left.  As said, “The people were mellow.”  I have never been amongst such as pleasant and warm-hearted group of people as those with whom Gretchen and I shared our garden.  We compared notes on gardening, failures, successes, and bafflements.  In spite of being an old introverted curmudgeonly Calvinist, I enjoyed everyone.  Meine Űberfrau said to me afterwards, “See, I told you that you’d have a good time.” 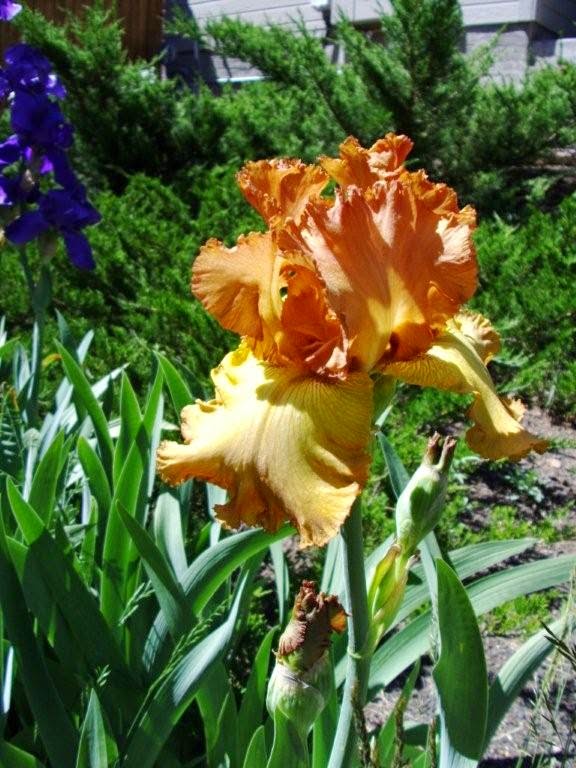 Years ago while standing in a bait shop at Convict Lake, California, at the end of fishing season and the beginning of deer hunting season, the place was a mix of fisherman and hunters.  What a contrast of personality types!  The hunters were more on edge, aggressive and the fishermen easy going, laid back.

Gardeners are much like fisherman, save for the fact that they don’t spin elaborations on the truth.  Of course, some tomateers tend to brag too much about the early date and size of their tomatoes, but they can be forgiven that since growing tomatoes is an intense love affair betwixt the gardener and the tomato plant.  Worse yet, it is always fraught with the possibility of heartbreak so that tomateers are always on the edge of grief.  Carrots and beans don’t promise the possibility of catastrophe. 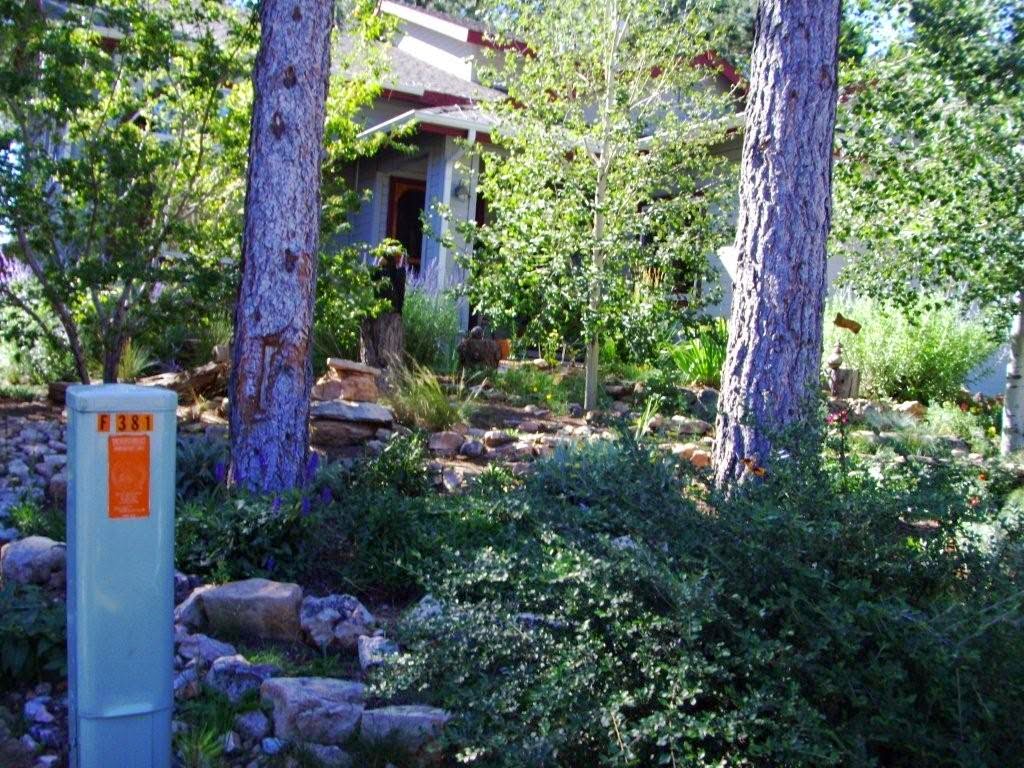 While in the army as a young man, I was a Sergeant/Major in a unit of hunters.  We hunted human beings, such as saboteurs, deserters, and criminals, usually with the admonition of bringing them back alive.  It was called counter-intelligence.  We had the aggressive mentality of conquest, of getting someone.  Not so with fishermen and gardeners.  Fishermen engage in a battle of wits with the wily trout, and it says something about human intelligence the frequency with which the trout wins. 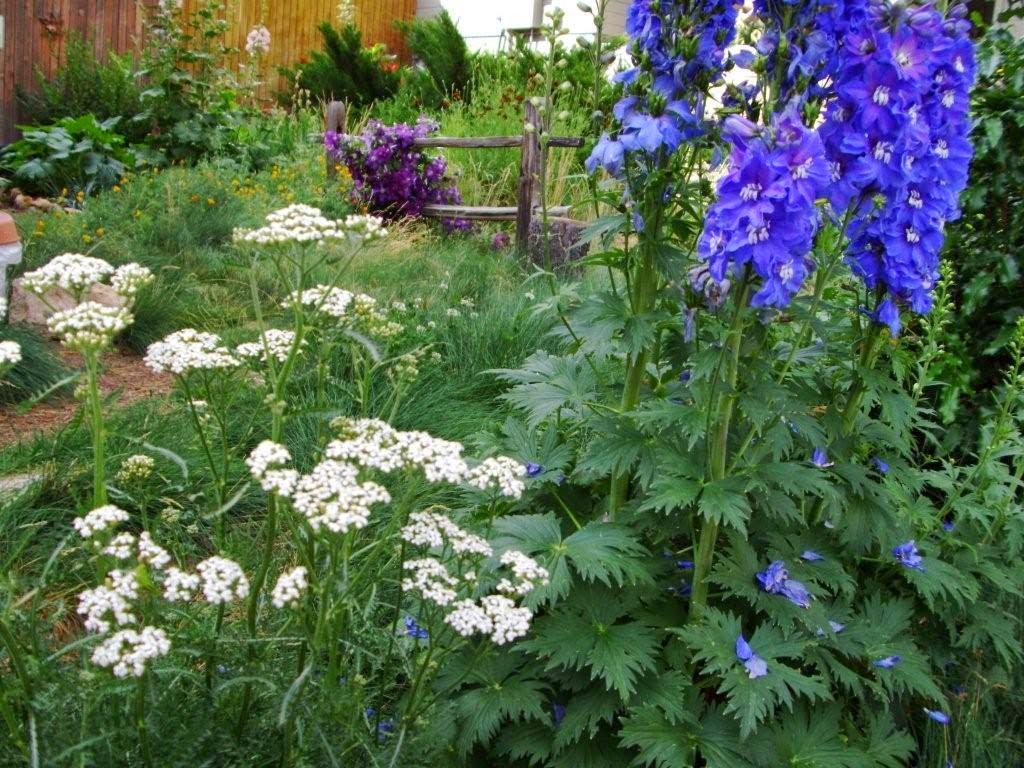 Gardeners are not in a fight with anything or anyone, save malicious bugs.  Gardeners are cooperating with God’s creation.   Instead of referring to God’s creation, some people call creation by the word “nature,” but that’s like thanking your mother-in-law for your wife.

The fact is that gardeners are fuguing on God’s themes embedded in the creation.  They’re not conquering or mastering it, much less destroying it.  They’re elaborating.  This fact shapes their personalities.  They are a happier lot. 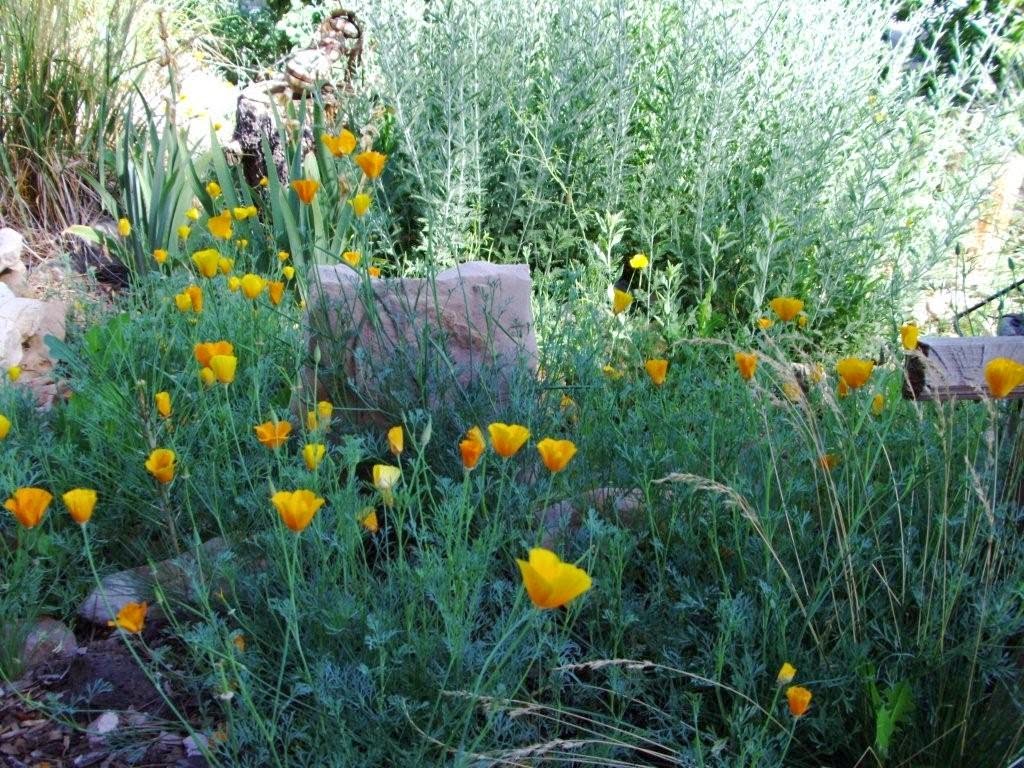 Getting ready to welcome the gardeners meant time and money spiffying up the joint.  Also, we called in two friends, and Tam Nguyen, to help as hosts.  They were indispensably gracious.  It was something like getting ready for a big party.  The place had to be cleaned up, weeds pulled, everything trimmed and fertilized, new gravel put down, and what-have-you.  It was quite an undertaking, but it was worth it.  The party was successful, especially with such guests.  They were not only mellow, they were enjoyable.  As a place to meet people, I’ll take a group of gardeners, like the Master Gardeners, any day over habitués swilling at a bar.