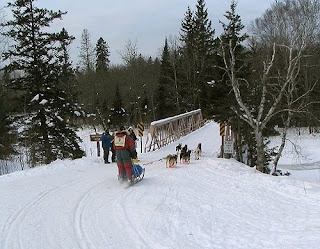 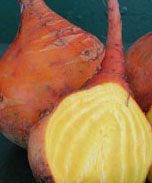 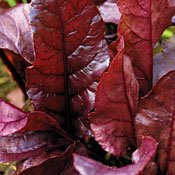 As a 17 year old soldier attached to the Headquarters of the Army's Alaskan Department, I belonged to a unit that amongst other things tracked criminals and saboteurs in the unmapped Alaskan wilderness long before it became a state. On patrol we always used the legendary "Alaskan Scouts" as mushers because only they knew the lay of the land.

As an 18 year old buck sergeant in charge of a squad, we once tracked a soldier whose sobriquet was "Mad Dog Romanov" because he'd beheaded his wife with an ulu knife and sabotaged a remote military installation. After five days, we brought him back to Fort Richardson.

Our swagger stick lieutenant, hallucinating in the whiteout of a sub-artic winter's night, in a panic shot off a flare. A shard landed on my back, beginning a string of operations throughout the years to remove recurring benign tumors, leaving a hole in my lower left back the size of a saucer, causing me to tilt to the left. On our return the lieutenant was dispatched to Letterman General Hospital in San Francisco, later becoming a corporate attorney.

Wanting to give us a treat, the cooks made cherry jello laced with
canned beets. The shock to my nervous system still lingers, a pity because beets are a marvelous vegetable.

Some misguided souls consider beets plebian, believing that things grown underground are Cro-Magnon. Of course, so are the patrician truffles which aren't even roots, but fungi.

The simplest way to eat this nutritious vegetable is to roast it, like a potato, only cover it with aluminum foil in the oven. After that it's easy. Pierce it with a fork, slip off its skin with a paper towel, and slice it. Some dash it with combination of butter or olive oil and salt and relish a savory vegetable. Jam-packed with powerfully nutritious compounds, vitamin C, beta-carotene, folic acid, and two different anti-oxidants, beets have received the imprimatur of the New York Times with the imprint: "The New Spinach."

The slick thing about beets is that their leaves are tasty and nutritious, too, with vitamin A, folic acid, potassium, and iron. As for the sniffy crowd who disdain beets, they might be displeased to discover that the fancy bagged salads in the market contain beet greens which are actually various shades of red.

The beet world has expanded from the old, reliable Detroit Red,
which is actually from Canada across the river from Detroit. For all those who love beets, the bestest beet of all is the English bull's blood beet. Dark red, it's leaves are great in salads, and its roots, especially when young, are a delight with a sweet depth of flavor.

In addition to the bull's blood, the fancy Italian beet, chiaogga, is also an heirloom. With its concentric rings of pink and red, it's a great treat to the eyes and tongue sliced in salads and as a side dish.

For those who want a milder, sweeter flavor with a different color there is Burpee's Golden beet. In addition to the bull's blood, Detroit Red, chiaogga, and Burpee's Golden, there are many heirloom and hybrid varieties. Almost all of them can be harvested within 50 to 60 days which makes them useful in Flagstaff's short growing season. As a cool season vegetable, the seeds can be planted about a month prior to the last spring frost.

Beets don't require a green thumb. Black and brown thumbs do well if they follow directions. The first direction is good humus, compost enriched, well-aerated soil, the kind of soil that flows through a gardener's fingers. A balanced fertilizer rich in nitrogen does best. Finally, hand weed and water regularly. Resembling Grape-Nuts, beet seeds aren't actually seeds, but fruit containing several seeds so several plants may come from one fruit which means thinning.

With the New York Times' imprimatur, beets are no longer plebian, but are now patrician, savored by both the cognoscenti and those who like good eats.