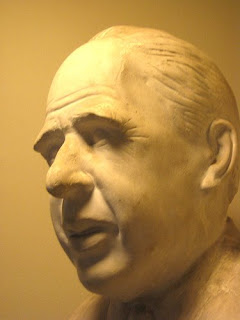 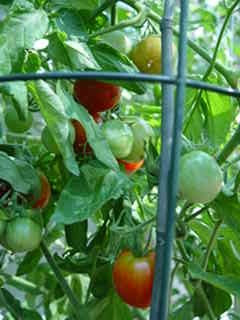 QUANTUM UNCERTAINTY IN THE GARDEN

Albert Einstein, uncomfortable with quantum uncertainty, wrote that "God does not play dice with the universe" to which the famed Danish physicist, Niels Bohr, replied, "Quit telling God what to do." Theirs was a difference between the theology of being and that of becoming. Apparently in sub-atomic physics, variability is the watchword with no quid pro quo, tit for tat, cause and effect certainty. Einstein sought to find some certainty behind the uncertainty while Bohr accepted uncertainty. Psychologically, the issue is closure.

If physicists are looking for uncertainty, they should try growing tomatoes in Flagstaff with variables upon variables in summers of uncertainty. The French physicist, Bernard d'Espagnat, writing about the implications of quantum uncertainty, said that there is a "veiled reality" in the mystery of uncertainty akin the emotions evoked while listening to Mozart, like "faint glimpses of ultimate reality."

I once asked my late brother, David, an agnostic and professor of humanities at Caltech, why physicists seem to sit more easily with a sense of a divine presence than social scientists. He replied, "They're closer to the ultimate mystery. The closer you get the more God makes sense."

Getting down and dirty on one's knees in the garden is a sure-fire way to get close to those "faint glimpses of ultimate reality." The ultimate is always veiled, only the preliminary and the penultimate are revealed.

But back to the mystery of tomatoes. They came to us from the Incas by way of the Aztecs, Spanish, and Italians. The Incas' tomatl was a small many-seeded, acidic berry which they fed to the Conquistadores, hoping to kill them by acidifying their alimentary canals. Making its way from the Incas to the Aztecs, the tomatl was introduced to Europe by Hernan Cortes after subjugating the Aztecs. Initially rejected by the Europeans because of its bitter taste, the Italians developed the tomatl into the tomato which was subsequently used by the French and Spanish.

In addition to writing The Declaration of Independence, Thomas Jefferson, by way of his fondness for French cuisine, was an early proponent of the tomato in America, calling them tomatas. Our late president, John F. Kennedy, when hosting a dinner for American Nobel Laureates at the White House, said: "I think this is the most extraordinary collection of talent, of human knowledge, that has ever gathered together at the White House, with the possible exception of when President Jefferson dined alone."

Ironically, beginning as a poison, tomatoes became a prized fruit, classified by the Feds as a vegetable. Jam-packed with nutritional goodies along with being toothsome, it's a gift from the Renaissance Italians.

The horticultural uncertainty of tomatoes in Flagstaff is two fold.
First, there are various afflictions to which tomatoes fall heir, both air and soil borne. Secondly, Flagstaff's growing season is relatively short, say, compared to Florida, but we don't have hurricanes and muggy summers which are hard on tomatoes, too.

As to the first uncertainty, the best thing to do is to widely space
tomato plants so that air easily circulates amongst them and rotate their plantings every year for three years. They are best planted in sterilized soil and containers. Soil can be sterilized by putting it a container and then enshrouding the container in black plastic for about two weeks in the sun. Also, no overhead watering. Tomatoes don't like wet leaves which make them prone to blights.

As for the short growing season, ingenuity dictates planting fast-
maturing tomatoes, such as the Siberians, Better Boy, Early Girl, Stupice, and Prairie Fire. Sasha's Altai matures in 59 days and Stupice in 54. The 90 day heirlooms of those fabled grandmothers in Oklahoma will be frost-bitten before producing.

As a busboy at the Princeton Inn in 1947, I met Niels Bohr while he was having lunch with J. Robert Oppenheimer. Clearing his table for dessert, I tried to remove his nearly empty wine glass. He looked up at me, smiled, and held up his hand to stop me, saying, "In vino, veritas." Alas, the Romans didn't enjoy tomatoes, coming 1,500 years too late to the Italian peninsula. With no Latin word for tomato, it'll have to be "in home-grown tomatoes, truth."