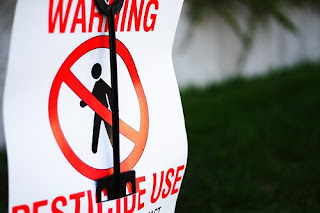 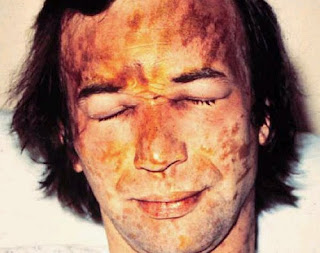 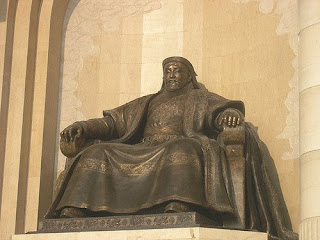 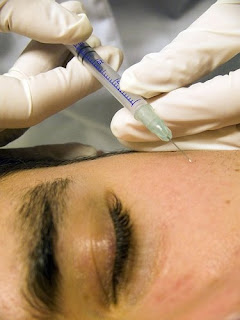 When Ponce de León hit the beaches in Florida in 1513 on his quest for the Fountain of Youth, he didn’t know that a syringe filled with botox was waiting for him 494 years later in La La Land. In an attempt to “take time back,” as the advertisers claim, this injectable elixir of youth paralyzes the facial muscles thereby faking the appearance of youth, much like faded plastic flowers emerging from winter’s snow in a springtime graveyard.

As with gardening pesticides, botox is lethal, being one of the most toxic chemicals found occurring naturally. The scientific name for botox is a dead giveaway, Botulinum toxin. A satire on modern culture’s fix on youth and its propensity for poisons, botox is a toxin, one of the many poisons used in modern culture, ranging all the way from methamphetamine and nicotine to garden pesticides. They’re all offered as a solution to a problem, botox to the angst of aging, narcotics to the stresses of life, and garden pesticides to destructive insects. The result is that human beings wanting quick fixes are poisoning themselves, their food, and their soil. The word is intoxication.

The desire to remain young assumes that maturity is an affliction.
History is full of nations and individuals poisoning the enemies and their lands, such as Genghis Khan and his Mongol warriors salting the fields of the people they vanquished, but never their own lands. The Romans allegedly salted of the wheat fields of Carthage after their victory in Third Punic War in 146 B.C. Carthage’s wheat fields were the Romans’ breadbasket and would’ve been lost to them if they’d salted them. Most historians believe the Romans were too smart to poison Carthage’s fields. Not nearly as smart, we’re turning our corn into fuel in the face of food shortages and poisoning our soil in an horticultural intoxication.

In addition to poisoning the soil, pesticides kill beneficial insects, such as lady bugs and green lacewings, the natural predators of destructive insects. The military has a euphemism for it, “collateral damage,” as in the famous Vietnam War phrase of “destroying a village to save it.”

The use of narcotics to avoid the demands and disappointments of life is a slow suicide. Some pesticides loose their power to kill in time, but some don’t and accumulate in a slow form of agricultural suicide. In fact, some agricultural fields have already been lost because of accumulated toxins. Botox is safe as long as the toxin doesn’t migrate to the rest of the body.

Several years ago an acquaintance of mine used a lethal systemic
pesticide on his roses, wanting to rid them of aphids, but he found that the pesticide had leached into a field near his orange trees. No more fresh oranges. He didn’t want to take the time and effort to use non lethal methods for knocking off the aphids, such as insecticidal soap or washing them off with the hose, both of which have to be repeated. He wanted a quick fix, a short cut, with a poison which migrated to his oranges.

The late Alfred P. Sloan, Jr., the longtime president and then chairman of General Motors was once asked the secret to his success.
He said, “Work hard. There are no short cuts.” So it is with gardening. Pesticides are shortcuts.

Botox offers the promise of living perpetually in the illusion an arrested adolescence through poison. Narcotics offer a flight from reality at the cost of a gradual suicide. Pesticides promise a healthy garden at the price of toxicity as though poison were an aid to health. Gardeners who pesticide their gardens are unique in history in that they poison their own soil in an environmental insult.

A son of the soil, my father always insisted that my brothers and I
take care of the animals first. So it is with gardening. Gardens don’t take care of themselves. Gardeners do. Rachel Carson wrote: “Can anyone believe it is possible to lay down such a barrage of poisons on the surface of the earth without making it unfit for all life? They should not be called ‘insecticides’ but ‘biocides’.” 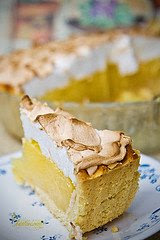 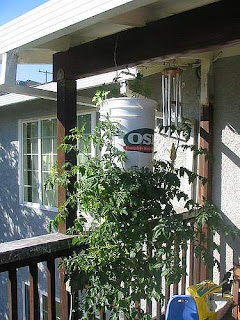 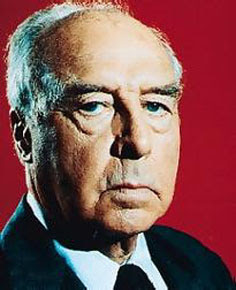 A GARDEN OF JUST DESERTS

After we finished dinner, our waitress, addressing meine Überfrau, asked: “Would the two of you like dessert? I have a dessert menu right here.” Gretchen replied, “Oh, no, I don’t think I’ll have any tonight. Thank you.” When the waitress turned to me, I said, “Yeah, I think I’d like a slice of apple pie with a slab of cheddar cheese and some vanilla ice cream.” Gretchen put her hand on mine and said, “Don’t you think that’s a little heavy, D.P.? Remember you’ve got an appointment with your cardiologist next week. Why don’t you order something lighter, like lemon meringue? It’d be a lot better for you.” Fearing the doctor’s apocalyptic “hmm” as he reads my cholesterol count, I said, “OK, a lemon meringue.” The waitress asked Gretchen if she would like one, too, to which Gretchen replied, “Oh, I’ll just take a few bites of his.”

In the twinkling of an eye, I saw a flash of silver streak across my field of vision over to the lemon meringue, spearing lots of few bites. As a consequence, I was quite prepared for the doctor’s appointment, left, as I was, with a few tufts of meringue, bits of lemon filling, and shards of crust. With Teutonic cunning she claimed the moral high ground of abstinence while enjoying the indulgence of dessert. When I squeaked in protest, she said, “Honey, it’s what’s best for you.”

There’s lots of flim-flam in gardening, too, largely on television, all of them appealing to sloth, that is, the avoidance of the time and effort it takes to spade the soil. One of the most appealing is strips of bio-degradable material embedded with flower seeds and nutrients. The promise is that the slothful gardener will have a brilliant flower bed simply by laying down the strips and watering. Of course, the premise of the advertisement is that flowers have no roots so that they won’t need well-aerated soil rich with organic matter in which the roots can find a home. If a backyard is clay, decomposed granite, limestone, sandstone, basalt, or volcanic rubble, the gardener will end up with a garden of weathered organic looking strips covered by wilted greens, sine flowers.

This promised malaise applies as well to those advertisements for grass that will grow on concrete blocks as though there were a big market for concrete block lawns. Unbeknownst to television gardeners, grass for lawns needs soil into which the roots can penetrate or else they will peter-out. This means spading organic material, such as compost, into the soil to a depth of several inches in preparation for the grass seed. Without soil for its roots, like everything else, the grass will never thrive and will eventually die out. As in life, gardening requires depth.

Next in the flim-flam of television gardening are the Tomato Hanging Gardens of Babylon. Now, indeed, much of hydroponic gardening with tomatoes hangs the vines from above or upside down. Any traditional tomato gardener knows full well that tomato vines have to propped up inside cages, so letting them hang down has merits if they’re supported. The word “vine” is a dead giveaway. Also, hanging them upside down promises to avoid soil borne maladies.

However, cues to the flim-flam are such phrases as “very little effort,” “need almost no attention,” and “easy way to grow tomatoes.” Nothing about tomatoes is easy, requiring little effort or attention. If an advertisement is too good to be true, it is and thus a snare for those who want an easy-way-out garden. Beautiful gardens require work. Even not-so-beautiful, flourishing gardens require work.

Upside down tomatoes save on space, require lots of attention and about the same amount of work as do tomatoes growing right side up, and cost a lot more. Also, tomato vines are fragile and pendulous and need support. Just hanging, the branches have been known to break off if they’re successfully carrying lots of heavy fruit, like big, fat beefsteaks.

Paraphrasing the late John Houseman, “We garden the old-fashioned way, we work for it.”