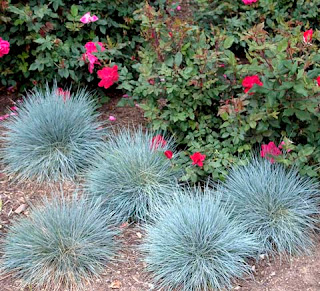 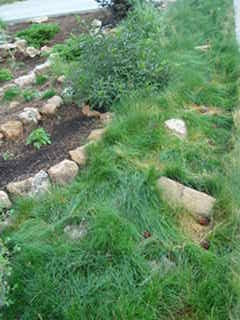 “You don’t know everything,” were the words with which meine Überfrau greeted me as I stepped out of the shower, naked as a jay bird and dripping wet. Cornered, as I was, in the shower stall, we were discussing fertilizer for the dinky, grub-shaped patch of grass in our backyard. Green grass is her “remembrance of things past,” (Shakespeare, Sonnet 30). She wanted me to use the fertilizer her father used for his large spread of Kentucky blue grass (Poa pratensis) on her Illinois childhood’s black loam prairie. I wanted to go organic, using vintage chicken manure on the general theory of horticultural relativity that anything that stinks is good manure. I reminded her that I’m an ordained clergyman and was, therefore, an expert on manure along with many other things. “Fat chance,” she snorted, her hair flaming out, her heels sparking, as she left the bathroom, trailing puffs of smoke. I was left groping, blinded by soapy eyes, for a towel.

Our patch of green grass is a token of “things past,” lovely, great spreading lawns being an anathema on the parched Colorado Plateau. Ironically, many water-efficient grasses are far more interesting than the water-guzzlers with their buzz cuts commonly used to cover front yards. Some avoid the grass problem altogether with the landscaping antimatter of gravel which heats up yard and house. A gravel pit for a front yard is a garden’s black hole. Better au naturel. Given the astronomical price of land in Flagstaff, one wonders the reasons for plastering pricey real estate with gravel, creating a kind of yuppie yard. Sloth comes to mind. Some cry penury, but a bag of grass seed and a couple of bales of steer manure cost a lot less than a truck load of gravel.

Most people don’t enjoy their front yards. Seldom do they look at them, except when they’re backing their cars out of the garage. Front yards are useless for many save as a buffer to keep neighbors and passersby at bay, something like the drill ground of a military disciplinary stockade. However, front yards are eyes into the souls of those who live in the houses behind them. Sadly, gravel front yards are “weary, flat, stale, and unprofitable.”

For those who wish to put their front yards to good use,
water-efficient grasses and shorter showers are more important than they once were now that Flagstaff has notched up on the global warming meter.

Robert Browning’s phrase, “less is more,” from his poem Andrea del Sarto, might well be the motto for high country gardeners because it focuses, not on excess, but on beauty through limitations. If, as Browning suggests, limitations stimulate creativity and imagination, as in a sonnet, then less water can mean a more beguiling beauty. Wordsworth hit the nail on the head in his Ode on Intimations of Immortality when he wrote of the spiritual significance grass and flowers, “Of splendor in the grass, of glory in the flower.” There’s not much splendor or glory in gravel.

One such water-efficient grass is blue grama (Bouteloua gracilis,) the ancient sod of the Great Plains stemming from the end of the Ice Age. John Muir might’ve said, “the auld lang syne of grasses.” Blue grama was the sod of the sod busters and was often used to build huts, called soddies. Willa Cather’s My Antonía details life in a soddy. Blue grama seldom dies in a drought but rather goes dormant, just like many people. Depending on whether it is sown or plugged, it can be turfed or clumped.

Another water-efficient, Great Plains native is buffalograss (Buchloe dactyloides), getting its name from the animals it fed. Spread by runners, it is best planted with plugs. Low, slow growing but chancy in Flagstaff’s colder neighborhoods, it needs mowing only twice a year and with its sage-green color is useful for a front yard. Blue grama and buffalograss need 12 inches of water a year while Kentucky bluegrass needs 60 inches a year.

Water-efficient grasses are simultaneous triple threats, allowing the self-righteously prudential virtue of water-efficiency, the enjoyable vice of sloth, and a beauty both intriguing and beguiling.
Sheep fescue photograph by Debbie Shepard
Copyright © Dana Prom Smith 2007
Posted by OLD GEEZER'S REPORT at 9:22 AM No comments: