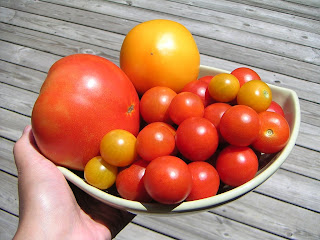 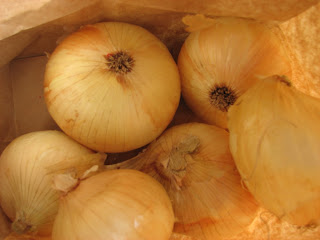 I KNEW I WAS OLD


I knew I was old when one of my sons asked me about the merits of joining AARP. At my 80th family birthday party my other son said, “Gee, Dad, you’re as old as dirt.” Meine Überfrau thought that his remark was offensive, but she doesn’t understand male humor, not knowing that his remark was a sign of admiration and affection. As a matter of fact, I’ve always liked dirt and as a toddler ate it garnished with worms.

Having lived as an adult for two generations, been brushed by death four times, and abided with people as they’ve died, I’ve learned to cut out the crap. Not much matters, but what remains does. My Occam’s Razor has resulted in a belief of doing justice, loving mercy, and walking in faith with God. Gardening is just such a walk. While not an old man’s avocation, gardening is salutary for old people (no “senior citizen” nonsense) because it keeps up the exercise and provides life-extending nourishment.

The walk of faith begins with onions, especially the Hybrid Candy (Allium cepa ). Onions extend the notoriously short growing season in Flagstaff by at least three months. Hardy down to 20° F., onion sets can be planted in March just as daffodils begin to peek from their winter slumbers. Stored, they can be eaten throughout the winter. Besides tasting great, onions are good for what-ails-you, as in heart disease and cancer. An onion a day keeps the doctor away. I have planted 450 onion sets just to be sure.

The next horticultural glory is the beloved globe artichoke (Cynara scolymus,) a thistle of beauty and taste, unlike the notoriously prickly Scotch thistle. Not native to the Colorado Plateau, the globe artichoke can be grown here if the same devotion is used as that required for an equally beloved vegetable, the tomato. If left to flower, the globe artichoke is a delight to the eye with a purple flower of extraordinarily beautiful intensity. If eaten, it is a delight to the palate as well as a tonic for the spirit.

Next on the walk to glory is the Siberian tomato, the Galina (Lycopersicon lycopersicum), a golden cherry tomato of a deliciously complex taste of sweetness and acidity. In addition to that virtue, it is an early producer (59 days.) The fruit seldom gets into the house because various and sundry people eat it off the vine, dust and all.

Close in glory is the Sweet Baby Girl (Lycopersicon lycopersicum ), a prolific producer of clustered bright red, very sweet cherry tomatoes on a compact bush. At 65 days, it is apt for container gardening. Also, the thumbnail-sized Red Currant tomato (Lycopersicon lycopersicum) is great for salads with its intense flavor. A wild South American tomato the Red Currant works in Flagstaff at 62 days.

A good slicing tomato and great for hamburgers is the Glasnost (Lycopersicon lycopersicum). A large Siberian, it matures at 62 days and, as with the rest of the tomatoes, it supplies prodigious amounts of the antioxidant Lycopene which helps to fend off cancer, heart disease, diabetes, and osteoporosis.

Not forgotten is the beet, the sweetest of all vegetables, especially the "Bull’s Blood" beet (Beta vulgaris) which along with "Burgee’s Golden", "Red Ace", "Detroit Red", and the "Chiogga", is an early producer and a fount of goodness. The beet lowers cholesterol and triglycerides, reduces blood pressure, helps ward of colon and stomach cancer, is colorful, and tastes great with leaves and fruit adding pizzazz.

Having lived this long, I want to live longer, so it's "Go gardener, go!" 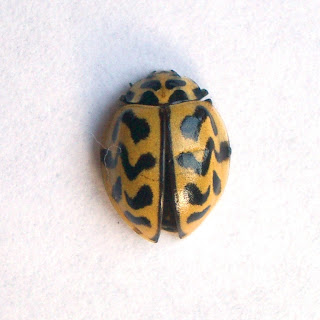 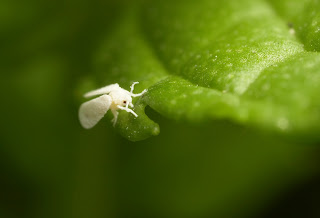 The first horticultural learning experience is: “Vigilance,” to echo my flame-tressed Überfrau. Those small little white things flying around, ensconced on the underside of the leaves aren’t harmless. They’re the al-Qaida of horticulture. They suck the life out of plants. When discovered, spring into action, don’t wait around, as did I, to see what will happen in the vain hope they’ll go away by themselves. They won’t. They’ll destroy. They’ll multiply exponentially ad infinitum into a Malthusian nightmare. “Apocalypse Now.”

With a four stage life-cycle, whiteflies begin as eggs, scarcely visible to the naked eye, laid by adults on the underside of leaves. Then emerging as crawlers, they wander the leaf’s underside until they pierce a vein with their needle-like mouth parts and begin sucking the phloem (life juices) out of the plant. Remaining immobile as nymphs, they keep on feeding. After about ten days, they stop feeding and mature as pseudo-pupa. Finally, they emerge as adults, flying and laying eggs. As with all rat finks, they leave refuse, ironically called “honeydew,” which attracts sooty molds, resulting in an unsightly, sticky mess. Gunk City.

Armageddon has arrived when the plant is alive with whiteflies, covered with eggs, crawlers, nymphs, pseudo-pupa, dying with curled, desiccated leaves, and oozing a sticky mess. Then, the only thing to do is to sack the infected plant and debris around it in a sealed plastic bag, dump it in the garbage can pronto, and dispatch it to Environmental Services.

Last fall, I brought two flourishing Genovese basil (Ocimum baslicum “Genovese”) plants I had raised from seed into our house. Within two weeks they were covered with whiteflies. I wondered “why me?” After a few moments several reasons came to mind, and I forsook my theological inquiry. Carelessly, I hadn’t made sure they were free of whiteflies. Ever vigilant my Überfrau, Gretchen, discovered them. I learned to inspect plants regularly, especially those coming from nurseries which, as with hospitals, harbor many ailments.

If, on the other hand, hope is warranted, grab a hand sprayer loaded with either insecticidal soap or botanical insecticides. Available commercially, both have low toxicity for plants and mammalians and act and degrade rapidly. Avoid pesticides unless you want to poison the atmosphere and kill the friendlies in the bug world. Systemic assaults work well, but don’t eat the fruit, leaves, or stems of the plant. In the morning or evening, spray the underside of all the leaves. Then, keep doing it several times until there’s nary a sign of a whitefly.

No Albert Schweitzer’s “reverence for life” when it comes to whiteflies. For them, vengeance and extermination. Sans merci. As my aged Aunt Emily told me just before I was shipped overseas, “Smite them, dear sweet boy, smite them hip and thigh.”

Sadly, there is no cure, only control. Working three ways, insecticidal soaps and botanical insecticides stop the adults from flying and the colony from laying more eggs and suffocate the remaining members of the colony.

Happily, there’s a secret weapon, yellow sticky paper. Whiteflies like yellow and stick to the sticky paper. The paper is good as an alert for the first signs of whiteflies and as a means of control.

Whiteflies have natural enemies. Green lacewings, lady bugs, minute pirate bugs, big eyed bugs, damsel bugs, tiny black ladybeetle, and parasitic wasps like to eat whitefly eggs and nymphs. They should be released gradually throughout the growing season and in the evenings.

Elimination isn’t possible. Control is. Fresh Genovese basil, along with all manner of flowers, plants, vegetables, and herbs, is worth the vigilance and effort.