THE BEGINNING OF EVERYTHING 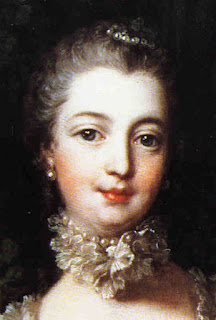 Dr. Margaret Quell of ECC Services is a former French instructor and a Francophile.  A witty gardening correspondent, she recently wrote me with a gracious correction to my faulty French.  She included in her email a saying in French apropos to snap beans.  “La fin des haricots,” “the end of green beans.”  She said that the meaning in French is “La fin de tout,”  “the end of everything.”  It reminded me of the famous saying variously attributed to Louis XV or his chief mistress Madame de Pompadour, “Après moi le deluge,” “After me the deluge.”  It’s hard to imagine a world without snap beans just as it’s hard to imagine a world without tomatoes and onions.

Just as “everything sounds better in French,” so lots of things taste better in French, especially their snap beans which the French call “haricots verts,” pronounced “ah ree coh vehr” with the emphasis on “vehr.”  The English is “green beans.”  They are longer, thinner, and tenderer with a more complex flavor.  Rather than plant the “same olds” this summer, try a little sophistication, better texture and better flavor with haricots verts.  French cuisine along with the Persian and Chinese is one of the world’s great cuisines.

First, there is the matter of cultivation.  Some people prefer the climbing or pole varieties, claiming they have a superior taste; however, I prefer the bush varieties because I’m slothful and don’t want to fool around with the paraphernalia climbers require.  A toss-up.

As with everything and everyone else, beans want a good bed.  Rich, friable soils with plenty of compost or other organic matter make for good beds.  Sunny locations are necessary.  Since the purpose of planting beans is harvesting them, the fertilizer should be stronger in phosphorous which supports the production of flowers, fruits, and vegetables.  The P (phosphorus) in the N-P-K designation should be a higher.  Too much N (nitrogen) will make for beautiful plants but scant vegetables.   Several years ago, I fertilized my tomatoes with a high nitrogen fertilizer and had lush tomato plants with a few puny tomatoes.  One of the hazards of gardening is stupidity.


The seeds should be planted an inch deep and two inches apart in rows 2 to 3 feet apart.  Sometimes, I plant the seeds in concentric circles in containers which are about two feet in diameter.  The pods are best harvested when young.  When lumpy with seeds, they lose taste and texture. 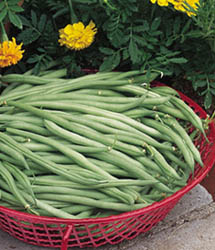 The Beurre de Rocquencourt or Butter de Rocquencourt is not exactly a haricots verts because it’s a yellow wax bean.  Well-named, Rocquencourt is one of the richest agricultural regions in .  An heirloom, originally a migrant from about 1840, chefs favor it because of its fine flavor and tenderness.  It yields abundantly and early (50-55 days), and keeps yielding as long as it’s picked.  It’s a beauty on a plate, and its taste matches its beauty.  We sometimes forget that we eat with our eyes and nose as well as our mouth.

The premier haricot vert from my experience and limited point of view is the Maxibel.  It produces straight dark green, thin beans about 6 to eight inches long in about 60 days.  They have been described by a chef as “crunchy, clean tasting, slightly sweet, and not stringy.”  The bushes grow about 22 to 26 inches high.  Again, it’s best to pick the pods when they’re young and immature to avoid the lumpiness that ruins their magnificence.  The seeds are a mottled purple and can be harvested late in the season for planting the year following. 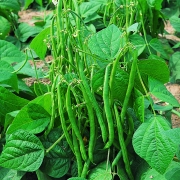 The Maxi bean is similar to the Maxibel, albeit a little shorter in length.  Its great advantage is that the pods grow on top of the bush rather than hidden underneath the leaves, making for easier picking.  The chef mentioned above suggests that the Maxi pods are best served slightly steamed with butter and sea salt.  As with the lilies of the field, they need no gilding.  Like the Maxibel, they are best picked when immature without lumps.

Dana Prom Smith and Freddi Steele edit GARDENING ETCETERA for The Daily Sun.  Smith emails at stpauls@npgcable.com and blogs at http://highcountrygardener.blogspot.com.
Posted by OLD GEEZER'S REPORT at 10:28 AM No comments:

ON THE DEATH OF A DOG 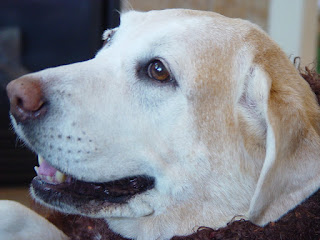 People who study dogs generally agree that dogs evolved out of wolves, not the jackal as some had once thought.  The story goes that wolves gradually insinuated themselves into the camps and caves of primitive human beings, drawn by food and warmth, or were invited in to provide protection.  Were they invited or did they invite themselves?  Probably both.  It certainly was the case with Roxie.

About six months after our black lab, Flora, had been put down because of kidney cancer, our veterinarian, Dr. Michelle Brennan, in California called to say that she had unusual lab for us, one that she had rescued, and asked if she could bring her by our house.  Her previous custodians had planned to put her down because she had only three legs.  After sniffing each other out, she stayed for 15 years.  She came to the house and wanted to come in, and we invited her in, all of it simultaneously.

The week before last she died peacefully in our own bed.  She was nearly comatose and incontinent, refusing food and water.  The veterinarian said that her organs “were shutting down.” 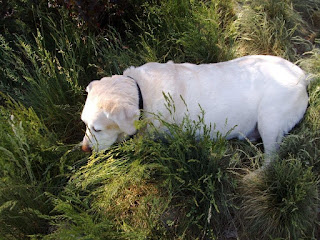 The unspoken agreement between the dogs and human beings is a trade-off, protection for food and warmth.  Now, Roxie, a yellow lab, wasn’t much of a protector anymore although she did bark when someone came to the front door.  In human terms at 16 she was about 112 years old.  She didn’t walk on her own anymore, slept most of the day, and possessed a beautiful smile.  With her luminescent pink snout aglow, she always greeted us with a wagging tail, barks of joy, and smiles.  You can’t say that for every loved-one and friend.  With Roxie it was every time.  That’s worth a lot, especially nowadays in such a bellicose society as ours.

Some have asked why we didn’t put her down earlier.  She was in good health and happy until the last few days which brings us to another, more important reason, that we invite dogs into our houses.    They bring us joy.  They’re great companions.  We play with them, take them for walks, and simply enjoy their comforting presence.  Roxie was an in-house therapy dog.  She was a pleasure, especially her large soulfully hazel eyes.  Stroking her, she drew out stress and anger, replacing them with ease and bonhomie.  She was at our sides on her pad in front of the fireplace as we either watched television or read.  I passed her bed every night as I went to bed.  After my prayers, I always paused to stroke her and kiss her good night, more for me than for her. 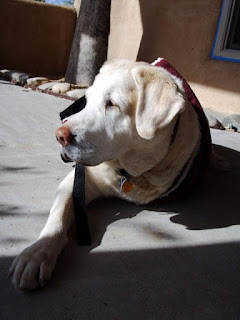 Although many may disagree, Roxie had a soul, just as did Flora.  Souls can be seen in the eyes which I am told are windows to the soul.  After eighty-six years, I have come to a sadness.  Not everyone has a soul because some people had traded them, just as did Faust, for something of lesser value.  It can be seen in their eyes, the eyes of a snake, blank.  We have fancy words for these transactions involving power, privilege, money, lust, and other tawdry goods: sociopath and psychopath.  It’s a trading down.

I feel sorrow for people who don’t like dogs and despise people who maltreat dogs.  Dogs with souls are far more rewarding companions than human beings who have traded their souls for the tawdry.  We grieve in the emptiness of Roxie’s passing, and in our evening prayers we pray for her soul in her passing.

All in all, the greatest gift of dogs is that they humanize us.

Dana Prom Smith and Freddi Steele edit GARDENING ETCETERA for the Daily Sun.  Smith emails at stpauls@npgcable.com and blogs at http://highcountrygardener.blogspot.com.
Posted by OLD GEEZER'S REPORT at 9:47 AM No comments:

A GATHERING IN THE MOONLIGHT 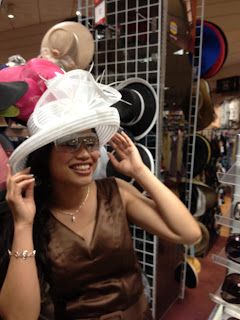 
The full moon meant a good time for my family in the Highlands of Viet Nam.  My father always told me interesting stories.  The story of the bat was my favorite because it always left me with curiosity about night life.  I did not have books or the Internet as I have nowadays.  Now, I can read or search around at the school library.


The full moon was very bright so we didn’t need turn on the lights or make a fire.  My father described to me the anatomy of a bat, the wings were as beautiful as opened umbrella.  I remember that the bat was a wonderful animal.  It had the ability to fly fast in the dark of night.  It had keen visual ability at night.  It also heard well.  It can hear highly pitched sounds. 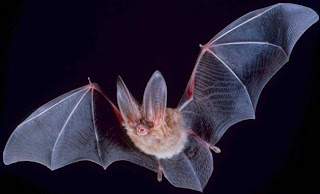 My father told me a story about the bat and Buddhist lama.  The bat heard that the Buddhist lama was talented.  He understood about universe.  He also practiced divinity so that he could influence all the matter on the earth.  This is the reason that the bat came to confront the Buddhist lama.  Because of the bat’s jealousy of the lama, war happened.  The war was between two of most two equally talented beings on the earth.  It was interesting because they used their best skills, and because they were equal no one won.  Year after year, the bat and Buddhist lama fought and the war kept going.  It was making storms and dry seasons.  The weather was changing.  The war affected human beings.  People who lived by the weather and agriculture lost their crops and hunger was everywhere. 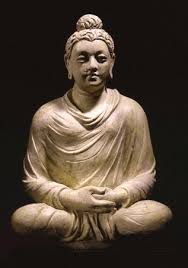 
The war was finished when the bat surrendered by kneeling down. This was the way my father explained to me why the bat sleeps with his head down.  Also for this reason, human beings honor the Buddhist lama by painting bats on the walls or tapestries behind the statues of the Buddha.  The talented Buddhist lama triumphed over the bat because he had big heart to love and accepted the talented animal which was also called the king of dark night.

When there is the full moon, I recalled a good childhood with my father with his stories which he told me occasionally when we harvested crops, corn, beans, and rice and brought them home from the field.  The neighbors gathered together, elders, children, and young people.  The children played hide and seek.  I could not hear well so I was always the loser because I couldn’t seek other children.  My father gave me a trick.  I did not need to move a lot to seek other children or hear their foot steps. I just stayed on one place and moved my head around to see the bushes moving.  I could guess where the children hiding.  Their favorite place to hide was under the bushes on the side of front yard within 3 or 4 meters of the area play. 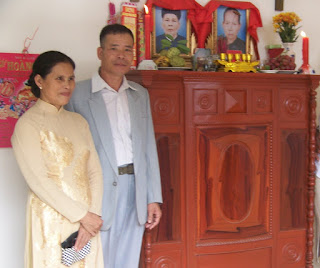 The musk of night gave off an aroma, cooling, quite, and the smell the earth, and also at night I could hear sounds more clearly, the cricket and soft sound from nature.  The night breaks down the limitations of time.  The moon’s effervescence was like champagne.  The night is extraordinary, something like a stream of consciousness, allowing me stronger perceptions of my feelings as my mind floats.  These intimations of mine made me feel different from my friends who told me that I was crazy when I told them stories.
After the games, we got snacks of steamed fresh corn, steamed fresh peanuts or soy beans from my mother. 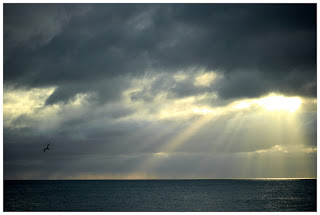 Tam Nguyen of Tam’s Gardening Service (853-6111) is a Master Gardener and a student at NAU and the .  Dana Prom Smith and Freddi Steele edit GARDENING ETCETERA and Smith blogs at http://highcountrygardener.blogspot.com and emails at stpauls@npgcable.com.


Posted by OLD GEEZER'S REPORT at 4:40 PM No comments: