DRY AS A BUFFALO CHIP

Meine Űberfrau noticed a small, dry patch near her hair line.   She hied herself to a local salon to buy oil to nourish the dry patch.  When she told the sales associate that a patch on her skin was “as dry as a buffalo chip,” the woman replied, “We’ve got a lot of buffalo chips up here in .”

This set me to thinking about various types of dung usable for nourishing the garden.  It’s the best stuff to enrich the soil because it’s not only nutrient-laden, but it’s also high in fiber which makes for a rich, friable soil.

As with a fine wine, manure is best when it’s aged.  One of the obvious reasons is to leach the salts because as with human beings animals of the field urinate and defecate in the same spot.  Although urine is high in needed nitrogen, it’s loaded with salts which sterilize the soil.  In 146 B.C. after the Third Punic War in which the Roman army under General Scipio Aemilianus defeated the Carthaginians, the general had the city of ploughed under, sown with salt and sacked, and the survivors enslaved.  It is said that he wept at the destruction.

History and a general’s personality disorder aside, chicken manure needs to be aged the longest because when fresh it’s too much of a good thing.  It’s best to put it in the compost pile along with the bedding and let it age for six months.  Of course, just as with a bottle of fine wine it should be turned now and then with a pitch fork to add air to the pile.  Oxygen is essential for decomposition as it is for nearly everything else. 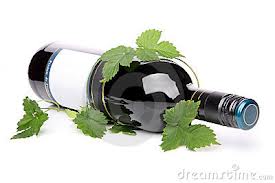 Human feces aren’t good manure because we’re omnivores, eating both flesh and plants.  We’re also narcovores, eating drugs, both legal and illegal.  Eating the flesh of other animals raises the possibility of passing on the diseases of the animal.  Drugs are passed through the digestive system into urine and feces which means that those drugs will be passed onto anyone who eats vegetables nourished by them.  Many times, the consequences are tragic, especially in the case of endocrine disrupters.  In short, our dung really stinks.

A veteran told me about being shot in his leg in a rice patty which was fertilized with human dung.  As a consequence, it was badly infected, and he came near losing his leg as a consequence.  There is a lot more to his story, such as being captured and escaping.

The dangers of human feces and urine, of course, are one of the issues involved in using treated waste water for snow making and the gradual seepage of treated water into the aquifer where it’s pumped out for human consumption. 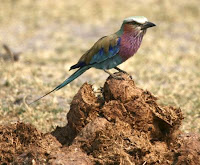 Cattle and horses are herbivores and sometimes narcovores in commercial feed lots; however, cowpies and road apples, and even buffalo chips, especially when accompanied with the straw bedding, are great for the soil.  Although they needn’t be aged as long chicken manure, they’re best aged to leach the salts from the feces, urine, and bedding.  Manure is properly aged when it no longer stinks.  I’ve been told that elephant dung is perhaps the best dung for successful gardening, but I suspect it’s difficult to come by.  Being trampled by an elephant is not a risk worth taking even for the most exquisite dung.

Dung's not only rich in nutrients, it also adds fiber, and soil needs fiber just as much as do human digestive systems.  It makes the soil more friable, less compacted, which is important for the roots.  A plant with its roots in tightly compacted, constipated clay is something like binding a growing child in a straightjacket.

Adding organic matter such as dung also renders the soil more hospitable to those strange creatures called mycorrhizae, a word which literally means root fungus.  They enable a plant’s roots to retrieve nutrients from the soil.  Without them, gardens will be dry patches with pitiful plants, and with them rich soil with flourishing plants.  When you think of dung, think of well-aged wine.  Salud!

Along with Freddi Steele, Dana Prom Smith edits Gardening Etcetera.  His email address is stpauls@npgcable.com, and his blog site is http://highcountrygardener.blogspot.com..
Posted by OLD GEEZER'S REPORT at 8:20 AM No comments: