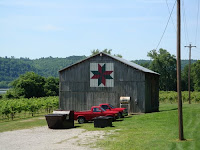 Coon Dog Charles and Napoleon V. Quick were members of the second church I served in an Appalachian village on the Ohio River across from Kentucky. Napoleon had an odd gait which resulted from drinking bad moonshine. He hobbled, dragging his left leg at a hustling pace. Coon Dog often teased him, telling him that he looked like he had the green apple quick step.

Napoleon and Coon Dog regularly crossed the Ohio River in a skiff with their beagles on hunting expeditions. Mostly after rabbit and squirrel, they were often so successful that Napoleon canned the squirrel in mason jars. It was an odd sight, bluish purple squirrel body parts encased in mason jars, lining the window sill of his one room cabin along side his canned beets and tomatoes. Coon Dog and Napoleon ate what they killed and grew. Nothing was commercially processed. 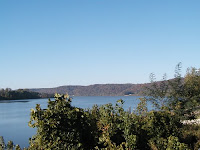 Home-grown vegetables, particularly the leafy ones, like lettuce and Swiss chard, offer the same experience. Cool season vegetables, they’re easily grown in Flagstaff. Surprisingly, the leafy ones are often the hardiest, tolerating frost. A slothful gardener, I seldom dig in the last of my Swiss chard in the fall. Sure enough, about half of the neglected Swiss chard is up and growing in April. In addition to the pleasures of hanging out on a crisp, bright fall day with a glass of Chardonnay and some tasties, sloth offers the rewards of early vegetables.

Appetites are whetted as much by our noses and eyes as they are by our tongues. A wise chef grows beautiful and colorful vegetables. Beginning with lettuce, there are many colorful varieties. Three of the most charming are Lollo Rosso, Forellenschluss, and black seeded Simpson. They make a great salad with the slightly bitter, nutty flavor of the dark red Lollo Rosso, the smooth buttery flavor of the speckled, maroon spotted Forellenschluss, and the tender sweetness of crinkly, bright green leaves of the heirloom black seeded Simpson. With a complex of colors, textures, and flavors, these lettuces make for a splendid salad. They also offer a cosmopolitan touch with the Italian Lollo Rosso, the Austrian Forellenschluss, and the American black seeded Simpson, first introduced in Brooklyn over a hundred years ago by a Mr. Simpson.

The Lollo Rosso and the black seeded Simpson are loose leaf. Also, the Forellenschluss which means the speckled back of a trout is a romaine or cos type of lettuce. Cos is the Greek island in the Mediterranean and the original home of romaine lettuces. Since all three never head, they can be picked regularly. 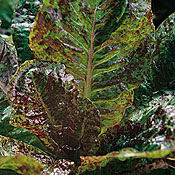 The seeds are best planted only ¼ of an inch deep in nutritious, friable soil. They can be planted throughout the growing season into late summer. The soil should be kept moist but not wet with regularly light watering.

Much of what can be said of lettuce can be said of Swiss chard which comes in many textures and colors, too. The basic color is a light green with many cultivars in various colors, such as Vulcan. It is considered the second most nutritious vegetable after spinach.

A member of the beet family, its seeds look like beet seeds which resemble Grape-Nuts. They should be planted ½ to ¾ inches deep in nutritious well-composted soil which should be kept moist but not dripping wet. 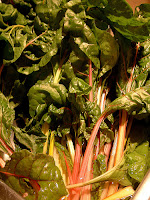 Swiss chard comes in three types, the white stemmed, the colorful (red, pink, yellow, orange, and mixed), and the perpetual or perpetual spinach. Swiss chard is grown exclusively for the leaves, the puny roots being inedible, but the leaves are wonderful. They are broad and can be used in a variety of ways. They add color, texture, and nutrition to soups and stews. An egg plant and Swiss chard lasagna is a delight as is a frittata with eggs, cheese, and Swiss chard. Since their leaves are a bit studier than lettuce, they do well as wraps.

While one may not savor canned squirrel, lettuce and Swiss chard are delights to the eye and tongue. What’s more, they’re easily grown in the high country, keeping us in touch with the earth and our origins. 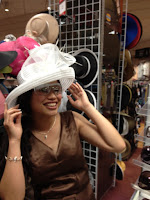 My tutor at The Literacy Center, Dana Smith, showed me his vegetable garden: the snap beans, the Swiss chard, and the lettuces. He leaned over to pull some weeds, and I told him, “No! No! No! It’s not a weed. It’s a vegetable. It’s also good for herbal medicine.” Then I asked him let me pull them up so I could keep them for me. He laughed hard and said, “Have at it.” I did not know what he meant, but I think he meant I could pick them. At least, he didn’t stop me and let me pick them anyway. I brought them home, and I made a soup.

The weed was amaranth. He thought amaranth was a weed because he did not sow the seeds, but amaranth grows like a wild plant in the tropical areas with rich soils. I washed off all the dirt from the roots, cut them up as small pieces. I mashed a couple of shrimp and stirred them with olive oil, black pepper, and a green onion. Then I poured water in the pot and boiled them. When the liquid got boiling, I put all the amaranth in and add some salt for taste. It also have a simple way to cook as a steam vegetable and serves with fish sauces. Or I also fried them. 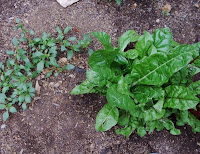 For this soup, I can eat it alone or serve it with steamed white rice. Amaranth is very rich nutrition. Instead of eating the red meat, we can eat the amaranth. That was the way my Dad told us when we had meals. With a big family of seven kids, my Dad and Mom could not afford a red meat because it was so expensive. But another side, it was a smart way for vegetarian. It has enough nutrition and easy way to get food because amaranth growth all over our gardens in highland Vietnam. It is good for body and skeletal systems. Also, if someone has diarrhea, they should not eat amaranth. Make it worse. Live a simple life!

Amaranth also has been known as not withering so it can be used as dried flowers. The flowers are beautiful. Its leaves are oval, hairy, and pointed at the tip. So amaranth can be used for food and nutrition because it tastes good. Also, it can be used to decorate because of the shapes and colors of the flowers.

When amaranth is immature, we can cook with all of the plant, but when it is mature and has flowers, we can use the leaves to cook but not the stems because they are stringy and hard to chew.

I learn how to use amaranth from my Dad. It would help a lot for health because amaranth stores big amounts of calcium and a lot of cellulose. It’s also good for balancing elimination. With amaranth, we can use all of the body, leaves, stalk, root, and even the seeds. It depends on what period of time of amaranth. When they are still young, we cooked them. When they turn old, we collect the seeds. 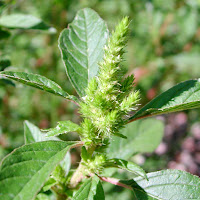 The way to collect them very interesting because their seeds are as tiny as grain of sand. When they dried out, outside of seeds have a stuff around to protect the seeds. Separating the seeds and stuffs, we pull them in the water and seeds heavier get down the bottom of water, the stuff softer and lighter then they floating on top of water. Just took them off, by the time we did it, we wash the seed, too. There are some dirty, or some kind of hairs of small insect stuck there. We wash them and dehydrate them. Ready for using.

Sometimes I also play with flowers of amaranth, too. It looks alike the elephant’s nose with all the movement and flexible for me. I also use it for decorated with mix boutique flowers. I had a good memory about my family and eating the weed for health.

I come back to my tutor for thank you because he let me pick them up and save a room for amaranth growth.

Tam Nguyen is a student at NAU and The Literacy Center. She recently spoke at NAU’s Global Learning Symposium where she won a competitive award. Dana Prom Smith edits Gardening Etcetera for the Arizona Daily Sun in which this article appeared on May 19, 2012.  His email address is stpauls@npgcable.com.