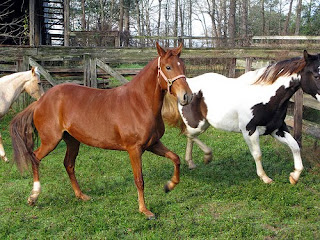 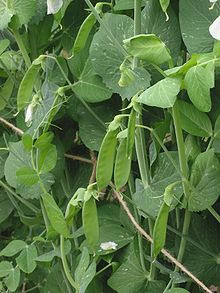 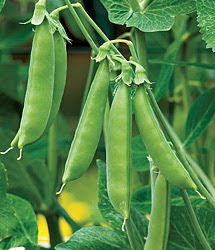 
Characterized as a "high stepping filly" by a veterinarian friend of her family when a budding adolescent, meine Überfrau likes to think of herself as "high maintenance," a species seldom found in Flagstaff. When her "high maintenance" "high stepping filly" mind turns to gardening and fresh vegetables, she invariably focuses upon the "Queen of Sheba" type of vegetables found under glass in special bins with tongs attached at the supermarket, sometimes even in hermetically sealed containers.

This Vogue of Vegetables includes what the French call mange-tout, meaning "eat all." Two mange-tout are snow peas (Pisium sativium var. saccharatum) and the sugar snap peas (var. maccrocarpum) because both the pea and the pod are eaten. The snow pea has been cultivated for about 12,000 years, originating along the Burma and Thailand border. They are peas picked before maturity so that they are flat with only hints of the peas inside and are savored for the pod, not the peas. Gretchen's mother called them "Chinese pea pods."

The sugar snap pea, on the other hand, is only about forty years old, first developed by Dr. Calvin Lamborn for the Gallatin Valley Seed Co., in Idaho Falls, Idaho, in 1979. In the late nineteen sixties, he discovered a mutant in his breeding stock and began breeding it with the snow pea, producing the sugar snap pea a decade later. While the snow pea is fancied for the pod, the peas themselves not being particularly flavorful, the sugar snap pea is favored for both peas and pod, as well as its juiciness.

As with nearly all "high stepping" types, sugar snap peas are a hardy, cool season customer. While they may appear delicate and frail, they can even take a light frost and can be sowed a couple of weeks before the last frost of the season.

Sugar snaps demand a soft bed of friable soil with an abundance of comfortable organic matter. Since they produce their own nitrogen, in horticultural circles called a "fix," they favor a fertilizer low in nitrogen. The nitrogen fix is the sugar snaps' uncanny ability to convert nitrogen in the atmosphere into nitrogen usable by the plant by means of little nodules on its roots.

Originally a vine about 6-8 feet tall, sugar snaps now come as bushes, such as Sugar Daddy and Sugar Ann, and well as vine. Now, the climbers, as do all climbers, social and horticultural, demand special attention, as in special arrangements, like lattices, fences, etc. It is reputed that the climbers are more productive and taste better than the bush. I don't know since my taste buds are corrupted by overuse and age, even aged extra sharp Vermont cheddar nowadays seems mild; however, Gretchen, who fancies that hers are still in working order, claims the climbers are tastier.

As with a lot of climbers, sugar snap climbers need support. I've found a well-proportioned method of raising sugar snaps in a container which is readily accessible to the kitchen door. A container, approximately a foot and a half to two feet in diameter, with a large tomato cage stuck in it for the climbing does quite well.

The seeds should be sown an inch deep and 2-3 inches apart, but since they have a higher sugar content than other peas, the seeds shouldn't be allowed to languish in the ground too long for fear of rotting. They can be sprouted for early planting or germinated in germinating kits found at commercial nurseries. They can also be sown later.

They should be harvested when the pods are filled out and the peas inside are full size. Overcooking and canning turns the sugar to starch, destroying the sweet flavor. They should be cooked no longer than three minutes, boiled or stir-fry, or can be blanched for no more than a minute to cut the agricultural taste for the finicky. Of course, they are best eaten raw either individually or in salads.

Home-grown are best because the supermarket sugar snaps are too long off the vine and long in the tooth, turning the sugar into starch. However, home-grown seldom reach the kitchen because they'll be eaten right off the vine dust and all. 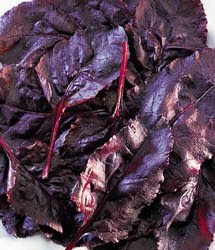 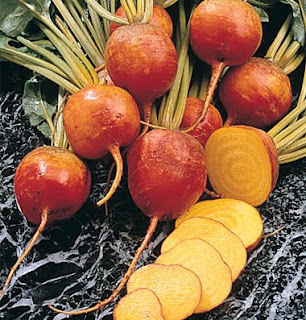 After nearly sixty years of trying to understand human beings, I have set upon a simple theory. The customary diagnostic manual, arcane and Byzantine as it is, is less than useful, especially if one holds to Occam's Razor that the simplest explanation is the best, as in not multiplying entities "beyond necessity."

Most of us are caught between two polar opposites: security and freedom. If we're secure, such as civil servants, we pay for it with subordination, humiliation, and constraint. If we're free, such as entrepreneurs, solo professionals, craftsmen, and artists, we're insecure. The price of security is depression, and the price of independence is anxiety. Varying intensities of these two states of being describe most of us. They're not emotions, such as lust and greed, which energize us, but states of being, the way we function. In one way or another, most of us move back and forth between depression and anxiety. I know I have. The intellectual nabobs call it the existential situation, the way it is.

So there we are, and what to do about it? Well, we can think about what's good for us. First, it's important to connect with the something elemental, like dirt or water, because they're our origins. At the beach at sunset, often as not, solitary individuals or couples, stand at the shoreline, staring out toward the horizon, connecting with themselves in an fleeting moment of infinitude, finding within themselves the soul they'd forgotten.

Dirt will do it, too, as in digging into it and letting it flow through our fingers, and more than that, smelling it, especially after a rain in that treasured fusion of dirt and water. The nice thing about doing it in the dirt is that we can grow things in that fusion, especially beets (Beta vulgaris).

Meine Überfrau often falls into a rhapsody over drifts of daffodils in the spring, recalling Wordsworth's daffodils "fluttering and dancing in the breeze," as her heart "dances with the daffodils." Coming along later in the spring, during the summer, and into early fall are drifts of variously hued leaves of beets, nearly as charismatic, strewn across a garden's bed.

Root as well as cool weather vegetables, they're suited for Flagstaff's climate. They have a variety of uses. First of all, their foliage is beautiful enough to dress up any garden.

Originally, eaten for its leaves, the leaves are favored for salads and boiled as is Swiss chard, their horticultural kinsmen.

Finally, their roots, those delicious orbs, are a delight at any table, boiled, roasted, or raw in salads, especially the di Chioggia with its bands of pink and white.

Nutritionally they are whiz bangs, full of folates, manganese, potassium, fiber, vitamin C, magnesium, tryptophan, iron, copper, and phosphorus. High in sugar, they are low in calories. Excellent at inhibiting cancer, especially colon cancer, and heart attacks, they are anti-inflammatory.

With seeds resembling Grape-Nuts, they're easy to sow at half an inch depth with five inch spacing, they do well with a balanced fertilizer and germinate in 14-21 days. They relish, as do all root vegetables, a friable soil with plenty of organic matter.

Aside from their beauty, taste, nutrients, and tonic qualities, beets are satisfying. Processed food is not, leaving the eater craving more of the same. One bite begets the next, but beets have a high satisfaction quotient. While not exactly a frisson, beets satisfy, a salubrious quality when a person is on a sliding scale someplace between the frets and the blues. Eat beets and stay healthy of mind as well as body after digging in the dirt.

By the way, Olga Johnson, a native of Saratov in southern Russia, has an excellent recipe for borsch soup at http://oldfartskitchen.blogspot.com.