APHIDS, WHITE FLIES, THE LEGISLATURE AND THE GOVERNOR 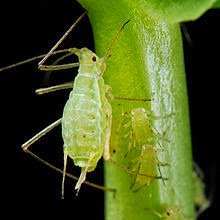 
After spying aphids on my red elderberry, I took my nozzled hose to blast them with a merciless torrent of water.  As I was making sure to aim at the underside of the leaves, our Legislature and Governor came to mind.  The aphids had attacked the tender new leaves, not from the top of the leaves where they can easily be seen, but on the underside, hidden from the eye.  A Superior Court in had just ordered the Legislature and Governor to pay revenue to the public schools in that they had for years quietly diverted to their own pet projects.  They are naturally squeaking and jibbering as though they had been caught with their snouts in the public trough.

The aphids were covertly attacking my red elderberry at its new growth, certainly trying to stunt it and eventually even destroy it.  By taking money the voters had taxed themselves for education and siphoning it off for their pet projects, the Legislature and the Governor   were stunting the growing edge of our society, the public schools, by sucking the sap of education.  They’ve been engaged in such shenanigans for a long time, gradually reducing support for our three universities and community colleges, slowing sucking the sap from the new growth of our society. 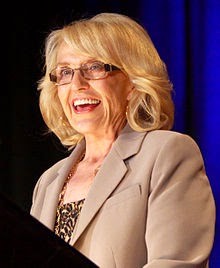 As with aphids, they hide on the underside to suck away at the juices of society.  Finding aphids on one’s plants, bushes, trees leads to a feeling of an impotent rage at these parasites who are surreptitiously trying to destroy a garden.  If the aphids get the upperhand, then a garden’s future is dismal.

If repeated and frequent blasts of water don’t work, then insecticidal soap is the ammunition to use.  Just spraying the infected plants won’t do.  One has to get down and spray upward to get the underside of the leaves.  More often than not, the gardener gets a good soaking, too.  A little soap never hurt anyone.  This is one reason not to use a poisonous spray for fear of afflicting oneself.  The other reason is that it’s not too bright to use poison because it kills everything, the good and the bad.  Also, it’s best in a fight never to become that which one despises.  The aim is to get at the underhanded and hidden, one might even say, the closeted malaise in the garden. 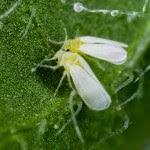 One of the disquieting aspects of gardening is that the battle against aphids and white flies is never over.  As in defense of our freedom, one must be eternally vigilant.  Sad but true, gardeners must always be on the prowl to check out the undersides of their gardens if they want to enjoy their beauty and bounty.  In gardening as in politics, it pays to snoop.

We have friends in this battle of the undersides, lady bugs and green lacewings, to name a few.  Lady bugs, which incidentally were named after the Virgin Mary, can be purchased at commercial nurseries and let loose in the evenings to devour both the aphids and white flies.  Happily, both the lady bug itself and its larvae find aphids and white flies particularly tasty. 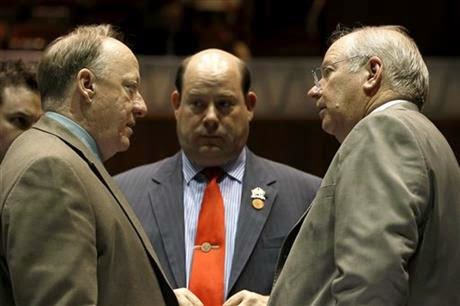 Green lacewings can be purchased either as larvae or as mature insects and hung out in the garden to destroy aphids and white flies.  Generally, they are sold in thousand insect lots.

Also, an astute move is to develop gardens friendly to ladybugs and green lacewings.  Dill, yellow yarrow, coriander, cosmos, and Queen Anne’s lace are a few of the plants favored by both of them.  To the contrary, zinnias and nasturtiums are seemingly offensive to the aphids and white flies. 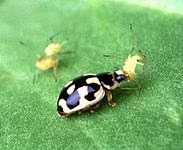 Sometimes, gardeners and citizens lose a skirmish, but that’s no reason to give up the battle.  Particularly in household plants, a white fly infestation in dangerous because unless thwarted they can take over the whole house.  If a plant is badly infected, the best thing to do is throw it out encased in a plastic bag and put in the garbage can and sent to Environmental Services.  As with all things, it’s important to know when to keep and when to throw out.


Posted by OLD GEEZER'S REPORT at 3:57 PM No comments: The Rev. Dana Prom Smith, S.T.D., Ph.D. (7/8/2014)
A touch of class, a hint of civilization, a love story, and a tragedy, these are the themes entwined in the tale of the McCormick Rose, a cutting of which graces the bottom of the steps into Old Main at the North Campus of NAU.  The first McCormick Rose was brought as a cutting by Margaret Hunt McCormick, the bride of Richard McCormick, ’s Second Territorial Governor, to in November 1865.  A French Boursaid (rosa gallica), an ancient French hybrid, this pink rose was the first cultivated rose in .
The McCormick Rose at Old Main is the granddaughter of the grande dame original McCormick Rose.  It was a cutting from the McCormick Rose at the in which was in turn a cutting from the original rose planted by Margaret McCormick by front door of the Governor’s Mansion in .  The Class of 1934 planted the third generation cutting at Old Main.

The McCormick Rose began its journey in Margaret McCormick’s trousseau luggage as she and Richard made their way to .  First, the cutting accompanied them by steamship from to and thence to Aspinwall at the .  Next, the cutting went with them overland on mule back to the where they and the cutting again boarded a steamship for .  Finally, the cutting went with them to .
After a few days rest in , they and the cutting took a stagecoach to where they boarded a steamer for a trip up the to Ehrenburg.  Then as Margaret described the last leg of the journey, it was “two ambulances, six government wagons, and two private baggage wagons” crossing the Mohave Desert to .  A hearty cultivar, it flourishes today at Old Main and at Cline Library.
at first was a single hastily built, ramshackle log cabin on the banks of Granite Creek, called by John Goodwin, the First Territorial Governor.  The Governor’s Mansion to which Richard McCormick brought his well‑bred, well‑educated, bride was a long cabin with dirt floors and windows without glass.  Happily, as the first First Lady, she was given carte blanche on improvements, furnishings, and decorations.  She had furniture made from pine logs.

The McCormick Rose was but a symbol of the civilization and class Margaret brought to .  She transformed the rude log cabin into a frontier mansion where she made a home for Richard and herself, an office for him, and accommodations for guests.  She threw levees, entertained quests, and bade visitors and strangers welcome.  Margaret wrote of her “own dear home” to her friend Emma in New Jersey, “We danced in the house” and “served cold roast beef , veal, pies & cakes in variety, almonds, raisins, jellies, coffee, lemonade, & wine.”

A considerable horsewoman, Margaret accompanied Richard on many of his trips throughout the Territory, becoming acquainted with many of the pioneers, impressing them with her grace.  Well‑loved, she touched the frontier settlement with her charm.  In another letter to her friend Emma, she wrote that she "was never so happy in her life," and that Richard "acts much more the ‘lover’ now, than he did before we were married."

at the time was a jumping off place for what Richard McCormick called a “terra incognita”, an unknown and unmapped land, a land fit for only “daring trappers and adventuresome gold seekers.”  The log cabin Governor’s Mansion was a mansion only in comparison to the tents, shacks, lean‑tos, and wagons making up the rest of the settlement.

On her return from a trip with Richard to , she gave birth to a stillborn child.  Thought to have been recovering well, she suddenly lapsed into a violent sickness and died one day short of her 24th birthday.  She was buried with her stillborn child in her arms in the forest near the mansion.  Her grave was strewn with wildflowers.

The Miner in May 3, 1867 wrote that Margaret was “a greatly loved woman,” whose death had “cast gloom over the community,” adding that “no woman in the Territory was more happy.”

So when is a rose a rose?  When it has a story to tell.

Dana Prom Smith and edit Gardening Etcetera for the Daily Sun.  Smith emails at stpauls@npgcable.com and blogs at http://highcountrygardener.blogspot.com.

Posted by OLD GEEZER'S REPORT at 3:43 PM No comments: