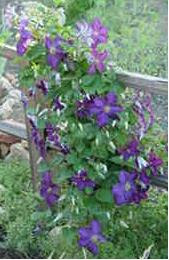 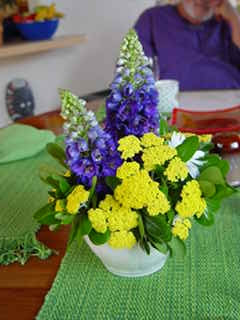 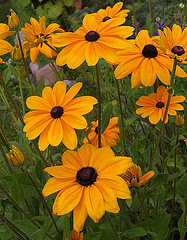 THE BEAUTY OF COMPOST

As I was turning my compost with a pitchfork, meine rothaarige Überfrau, leaning over the railing of our deck, informed me that Martha Stewart uses only the best and freshest ingredients. I had just dumped coffee grounds, grass clippings, beer mash, garden cuttings, kitchen scraps, and horse manure into the composter. I replied that Martha was talking about the end of the food chain while I was working at its beginning. The fact is that soil is enriched with horticultural off-scourings, gardening beginning with depleted organic refuse transformed by decomposition into fresh nutrients.

As I contemplate the many meanings of turning eighty, I’m grateful to my father for many things, his insistence on education, his Scottish Calvinism, his good humor and generosity, his love for my mother, his moral and physical courage, his ability to tell a great story (my mother accused him of “witty improvisations on the truth”), his love of the Bible, Shakespeare, and Rabbie Burns, and his devotion to fly fishing and gardening. He taught me love of the soil which in these days of asphalt, concrete, and gravel is a great gift. I never quite got the hang of Scotch (Aye, a wee dram), golf, and haggis (oats and sheep innards boiled in a sheep’s stomach,) but I did get the hang of fly fishing, gardening, and love of the soil.

Love of the soil is at the heart of gardening. It’s not seeds, plants, vegetables, flowers, trees, and bushes because they all assume soil. Whether people advocate native plants, immigrant plants, or adaptive plants, they all beg the question of soil. Now, soil is not dirt which is usually clay, sand, and silt. Our dirt in the High Country doesn’t have much silt. It has some sand and has lots of clay which means the need for even more compost. However, we do have the advantage of nutrient rich volcanic rubble which can substitute for our shortage of sand to break up the clay.

Soil has a steady charm. It arrests a person’s attention. In short, soil is a spiritual experience. We come from the soil. Genesis has it that the Lord God fashioned us from the earth, as though we were breath-infused mud pies. We’ve all heard, “earth to earth, ashes to ashes, dust to dust.” We’ll all eventually return to the soil. We are of the earth, earthy, for all of our ethereal pretensions.

Enriching the soil, we enrich ourselves, but more importantly, enriching the soil, we become involved in the ongoing processes of creation. When we explore the soil with our hands, we’re no longer observing creation, but entangling ourselves in it. As the great Jewish theologian and philosopher, Martin Buber, might have said, “Working with the soil is an I-It encounter which leads to an I-Thou encounter.” In short, gardening is not merely an avocation, it’s a spiritual quest because spirituality is not experienced ephemerally, but tangibly by touch. Enriching soil is a naturally occurring sacrament, the tactile experience in which we enrich ourselves as well as the soil.

While visiting the gardens at Olivia White Hospice during its annual tea, it hit home once again the spiritual significance of soil. In a facility that deals with the penultimates of life, there is a garden, a garden that is not merely a diversion of beauty but an experience of renewal.

The trails in the garden wind amidst a soil so enriched with compost that it blooms with beauty, each turn of the trail leading to a fresh enchantment and finally a graceful gazebo. Its floor carpeted with paving stones of remembrance, it is a fitting place amidst beauty’s bloom to recall those whom we’ve loved and more importantly those who’ve loved us. As Loni Shapiro, the garden’s major domo, said, “We began with truck loads of compost from Fort Tuthill, and it worked miracles in our garden.” The beauty of the garden bears witness to the miracles of its humble origin.

Gardeners treasure water. A soil enriched with compost saves
water, making for a water-wise garden. Compost begins with the commonest of the common, refuse. “Waste not, want not.” Compost gardening is more than a mere minimal sustainability, it’s an affluent luxury.
Copyright © Dana Prom Smith
Posted by OLD GEEZER'S REPORT at 10:51 AM No comments: 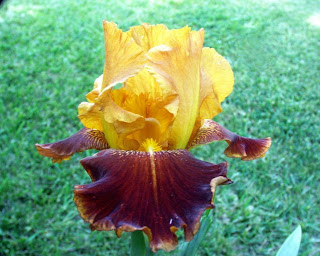 Slothful gardeners deserve a good word. Some people are just naturally inert. Medieval and renaissance physicians called them phlegmatic. Their system for analyzing human personalities was built on the foundation of bodily fluids called “humours.” It was simple. They identified four humours, sanguine, choleric, phlegmatic, melancholic, and various combinations of the four to identify types of personality.

The theory was that bodily fluids were like sap in a vascular plant. As life-forces they affected the physique while also emitting vapors which influenced the personality.

The sanguine’s humour was blood. Energetically cheerful, as gardeners, the sanguine like bright, cheery flower gardens bursting with annuals. The choleric’s humour, the spleen’s yellow bile, makes for aggressive gardeners who love to prune, dig out old, diseased plants, and unleash pesticides on the infected. The phlegmatic’s humour, the lung’s phlegm, produces slow moving, viscous, sluggish gardeners, big into energy conservation. A minimal gardener, the phlegmatic favors a low maintenance, sheep fescue (festuca ovina) lawn. A melancholic’s humour, the gall bladder’s black bile, produces a cool, dour gardener whose garden consists of gravel-covered black plastic sheets in place of a lawn, a couple of ponderosa pines (Pinus ponderosa), and instead of flowers a collection of weeds sticking out here and there through the decaying plastic and around its edges.

If genteel, high-toned gardeners are discovered sniffing their underarms on a hot, muggy day during monsoon, they’re checking their humourous vapors. A sanguine gardener may need a few whiffs of yellow bile to fight off an invasion of grasshoppers. Of course, a well-rounded gardener has all the humours in balance as in Antony’s eulogy of Brutus in Shakespeare’s Julius Caesar, “His life was gentle, and the elements\ So mix’d in him that Nature might step up\ And say to all the world, ‘This was a man’” (V.v.74-76.) A gardener with the elements “so mix’d” would have a balanced garden, but our concern is with the phlegmatic, the lazy lout who wants to take it easy and have a beautiful garden.

“Take it easy” gardening begins with bulbs, rhizomes, corms, tuberous roots, and fleshy roots, those things a gardener plants and pretty much forgets. They are the garden introverts. Make things comfortable for them, feed and water them now and then, and leave them alone to do their own thing. They want their space. Don’t even pick up their dirty clothes where they’ve left them after blooming at a garden party. Daffodils (Narcissus) and tulips (Tulipa) need to suck the life-juices (humours) out of the leaves to store them in their tear-drop shaped bulbs for their next blooming season a year away. Both are notoriously slovenly but beautiful introverts.

Bearded irides (Iris germanica) are rhizomes, abstemious but elegant beauties. Their rhizomes are finger-like, fat roots, which are planted horizontally to the soil almost at its surface. Feed them a couple of times a year and water them once a week during dry spells. Let them alone during the winter. All they want is sunlight. Party animals they aren’t. Beautiful and aloof, they are a sloth master’s dream.

Another fetching rhizome is the Lilly of the Valley (Convallaria majalis.) A tasty rhizome is the subtropical ginger root (Zingiber officinale,) a sure loser for the lazy in the high country.

The dahlia (Dahlia) is a finger-like tuberous root whose fingers point down rather than horizontally. Sadly, it’s demanding. A native of Central America and Mexico, it doesn’t winter well in the high country and has to be dug up and carefully kept warm during the cold months wrapped in peat moss. Although it’s extraordinarily beautiful, it’s a bother for the slothful.

Another useful tuberous root is the daylily (Hermerocallis), a bright cheerful flower although not a true lily. It demands little, survives the winter, and blooms for most of the summer, the lazy lout’s best friend.

Nix the gladiolus (Gladiolus.) A corm of varied and elegant beauty, it has to be dug up in the fall, preserved during the winter, and replanted in the spring. All that extra work just for beauty and grace, how disgusting!
As usual, the French have a word for it. Ennui, tiredness and boredom. However, ennui can be beautiful. Vive le ennuyé jardinière.