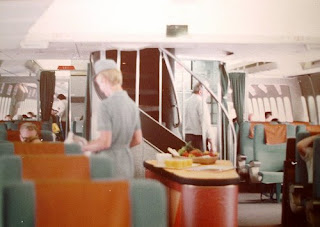 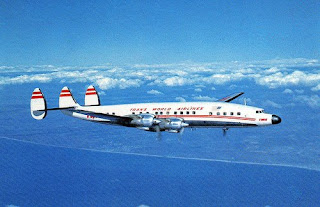 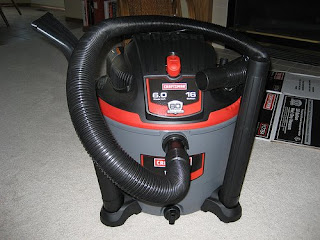 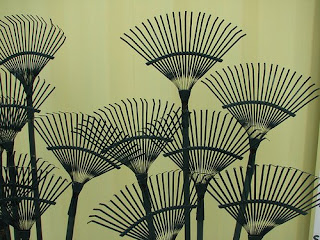 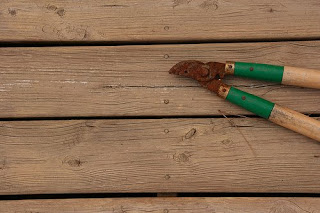 Meine Überfrau bought a Shop-Vac the other day. Delighted as a child with a new toy, she spent the day vacuuming her studio and the garage, even the rectangular crevasses in the concrete. This was a far cry from the glamorous sophisticate I married more than twenty years ago, who, as a flight attendant in the glory "chateaubriand and champagne" days of TWA first class, flew across the world like most people walked across the street. Not so now. Now, it's Shop-Vac Mamma. Happily, I can eat off the garage floor after having been kicked out of the house for tracking compost on the carpet.

One of SVM'S favorite words is "thoroughly" as in "thoroughly clean," while mine are "slipshod" and "slapdash," preferring the minimal expenditure of energy in an energy crisis. Just enough to get by without doing anything more than is absolutely necessary.

When I was a boy, my parents spoke of "good stock," not so much in relation to cattle or trees, but to people as in "good family." A runner-up was "hard worker."

Gardens require good stock and hard workers, especially at
autumnal clean-up time when Shop-Vacs aren't much use around the backyard. When the air turns crisp, it's hand work and hard labor with the only reward being "thoroughly clean." As SVM likes to say, "Any job done worth doing is worth doing well." The tools are clippers and rakes.

Next comes, "A place for everything, and everything in its place," a kind of horticultural mise en place. On the other hand, I like to file and store things on the floor and vacant table and desk tops. That way I can still see where I left them, no "out of sight, out of mind." In the autumn of the year, with SVM it's not only "thoroughly clean," it's also "put away." I leave out the shovel and the rake so that I don't waste precious energy putting them away and getting them out, like shoes left on the floor. But for the winter's garden, it's stick them all back in their place if you have any, and if you don't, make places. Also, roll up the hoses and store them in the garage.

Now, comes the fun part of autumnal gardening, pulling out the annuals, clipping and shaping the perennials, fighting over pruning the trees, raking up the pine needles left from the last wind storm, storing the pine needles in black plastic bags beside the curb for the guys from Environmental Services, and generally sweeping up debris. Gretchen, a true Teuton, approaches all this cleaning and straightening up with bustle and gusto. When I lag, she remonstrates with a question, "Just what do you want, a skanky yard?"

"Heaven forbid." A skanky yard? So I drag myself, trailing MS. CLEAN, like a school boy trudging his way to school, clipping, raking, getting bits of debris stuck inside my boots, expending precious energy in the name of cleanliness and orderliness.

Then came the disaster. Red/green color blind, I dumped yard debris in the green trash barrel thinking it was brown. Well, the guy from Environmental Services stopped in his tracks, climbed up on his truck, yanked out the offending bag of pine needles, lectured us in front of friend and foe, threatened us with fines, and drove off leaving me with a bag of pine needles and a profound sense of shame. Only in sustainable Flagstaff can the garbage man induce guilt.

Not that I'm paranoid, but I swore I heard tittering in the neighborhood.

The final phase of autumnal gardening is "getting ready" for spring five months ahead. It's mulching plants and trees, turning compost in the soil, spading in blood meal for the onions, raking in bone meal for the daffodils, and seemingly endless chores. Finally, after this busiest of seasons in the garden, snow blanketed the yard with the promise of rest for me as well as the earth.

Alas, in a fin de saison lust for tidiness, Gretchen announced, "You've got just four days to pick up your study before I come in and clean it up thoroughly." 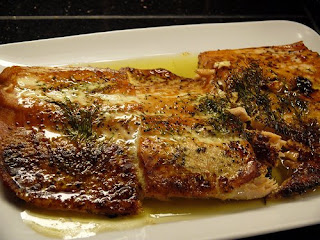 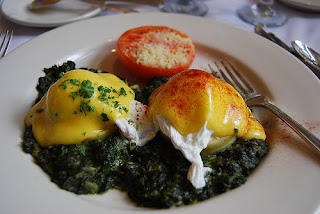 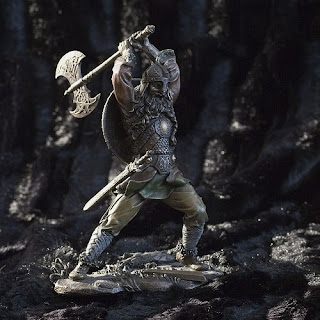 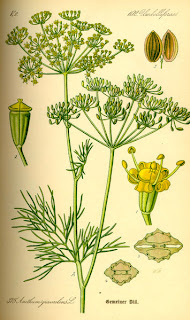 The reassuring thing about dill for high country gardeners is that it can be grown near the Arctic Circle. Although native to Eurasia and the Mediterranean basin, as a hardy herb it wandered north to Norway where it found its name, dill coming from the Old Norse word dylle, meaning to soothe or lull. Not only that, as gravlaks it became one of the great triumphs of Norwegian culinary arts, in addition to cod fish balls, lutefisk, and akevitt. Lutefisk is fish cured in lye, and akevitt is an 80 proof alcoholic drink, distilled from potatoes or grain often with dill seeds. It's about as subtle as a jack-hammer.

Gravlaks, the triumph, is salmon cured with salt, sugar, and dill weed. A weight is placed on the salmon, gradually squeezing out the water and allowing the spices to seep into the salmon. The Vikings originally buried the salmon and spices in sand above the waterline where it fermented. Neither fermented nor smoked, gravlaks is cured.

A close variety is lox, a gift of the Ashkenazic Jews of Central Europe which when served on bagels with cream cheese, onion, and capers is a gastronomic delight close in ecstasy to eggs sardou.

But back to dill (Anethum graveolens) which does quintuple duty in the garden. In the spring its leaves are herbs, and in the autumn its seeds are spices. When dried, the leaves are called dill weed. Medicinally, it helps ease the stomach and quells flatulence, hence the Old Norse dylle. The seeds are more strongly flavored than the leaves, both of them having a sweet, grassy, tea-like aroma and flavor.

As a graceful addition to a flower and vegetable garden, towering elegantly and delicately above the garden, when picked it can be used in flower arrangements as well as the kitchen. Bespangled with dew after an evening's rain, an elegantly graceful dill plant is an epiphany. Reaching a height of three feet, it should be planted to the rear of a rock garden or scattered in clumps randomly throughout a garden. If planted singly, it should be supported.

Finally, it helps vanquish aphids by hosting beneficial insects whose larvae feast on the aphids.

Betraying its origin, dill likes a well-drained, light, rich soil and lots of sun. Dill should be planted in sunny locations where it's protected from the winds. A big plus for dill is that it’s easy to grow, and year after year dill, as a volunteer, will keep popping up all over the garden. Dill shouldn't be grown near fennel because they will hybridize in a kind of botanical incest.

A cool season herb, dill can be planted a couple of weeks before the last frost. Since it is so easy to grow, it can be seeded early, and if it is allowed to seed itself in the fall, dill will pop up in the garden when ready. A light feeder, all it needs is a little 5-10-5 organic fertilizer.

Used with fish and shellfish, cottage and cream cheese, and tomato juice, dill weed is a favorite in the cuisine of the Middle East where it is used to season meats, especially lamb, and vegetables, such as spinach, hence eggs sardou. Germans use dill in potato soup, and the Greeks season grape leaves with dill weed. Dill is also used in rice pilaf. Needless to say, the seeds are used in dill pickles and in curing corned beef. Also, a sprig of dill can perk up soups, salads, and main dishes otherwise threatened with tedium.

Dill seeds have been found in the tomb of Amenhotep II. The ancient Hebrews used it for tithing. During the Middle Ages, dill was used to ward off witches, and nowadays a sprig worn on the label would do quite well while listening to politicians, television commercials, and corporate pitchmen in the employ of oil, insurance, and drug companies.

A recipe: chop dill leaves and mince garlic, mix in a paste of olive oil, salt, and pepper, rub over fillets of salmon, and bake for fifteen minutes. 'Tis a rich feast that won't coagulate the blood.
Copyright © Dana Prom Smith 2008
Posted by OLD GEEZER'S REPORT at 2:59 PM No comments: