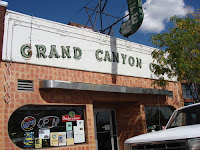 So, one cold January day while driving by on “66,” I dropped in for a bite to eat and some warmth.  Wong and his café are institutions in .  As the sign on the wall says, “Hunters, fisherman, and other liars are welcome.”  I felt at home.  I was a fisherman for many years and meine Űberfrau often accuses me of the same failing for which my mother accused my father, “spinning witty improvisations on the truth.”

Montfort’s favorite dish is the “Bert,” a sandwich of bacon, egg, cheese, tomato, and green chili which Wong developed for the late Bert Babbitt.  Having wearied of the “same old” breakfast fare, he said to Wong, “Make me something different.”  When Bert Babbitt died after a long illness, Wong put it on the menu and named it after its progenitor.  Wong is loyal. 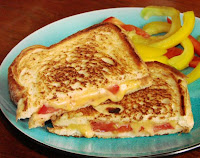 Another of Wong’s gastronomic triumphs is a grilled cheese sandwich with his tomatoes grown in slipped in with the cheese.  Now, connoisseurs of grilled cheese sandwiches know that cheese and tomatoes are delightful culinary companions, especially when grilled between slices of bread.  The reason for the triumph of both the “Bert” and the toasted cheese sandwich is the tomato, the fresh, outside-grown tomato.  Montfort tells me that some aficionados of the “Bert” are such purists that they won’t order it during the winter when Wong is forced to use industrial tomatoes.  Montfort compromises himself and eats it all year long because, as he says, “It’s delicious.”

Ann Marie Zeller, a gardening buddy of mine, clean water hawk, and habitué of the Grand Canyon Café, tells me that Wong’s chicken fried steak is “to die for.”  However, we’re focused on vegetables.

Wong, a restaurateur with impeccable credentials, was at one time the chef at the Hyatt Hotel in , but he is at heart a farmer, especially a truck farmer.  Besides that, fine food demands fresh vegetables.  His odyssey as a farmer began in his mother’s backyard, growing corn as a boy.  He still helps his mother with her backyard garden.

As anyone with an ounce of wit knows, truck gardening in is challenging.  As a young pastor, I learned that in ecclesiastical vocabulary the word “challenging” meant plowing infertile fields with scant hope for bountiful crops.  A classmate of mine from the hills of eastern once said, “Faith looks mighty cold cut up four ways in a frying pan.” 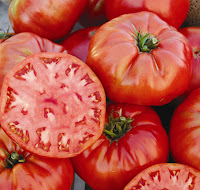 At any rate, commercial truck farming in and environs is challenging, and a restaurant needs lots of fresh vegetables so Wong bought a spread down along the Verde River in .  The soil is rich silt, and the water is plentiful.  Now, Wong not only grows vegetables for his restaurant, but also sells them at ’s Community Market on weekends.  Indeed, many other restaurateurs in the area buy his vegetables in season.

Wong grows fresh vegetables from tomatoes, sweet onions, to all kinds of squash.   He prefers heirloom tomatoes, such as Columbia Leaf, Pearson, Mortgage Lifter, and Rainbow.  His squashes run from zucchini, yellow crookneck, patty pan, to butternut, and beyond.  True to his heritage, he plans on growing more Chinese vegetables to sell at Flagstaff's Community Market and use in his restaurant.  Thank God for immigration!

One of his premier achievements is the development of a contraption made of PVC pipe which he pulls behind his tractor.  It allows him to pierce the plastic row cover, insert the onion set, and tamp it in place in one action.  The restaurateur is also an engineer.

On May 26, ’s Community Market will open for foodies to buy his fresh vegetables.  Of course, the Grand Canyon Café is open all year where he holds forth with spatula in hand and with his wife Tina by his side.

Dana Prom Smith and Freddi Steele edit GARDENING ETCETERA for the Arizona Daily Sun in which this article appeared on April 13, 2013.  Smith emails at stpauls@npgcable.com and blogs at http://highcountrygardening.blogspot.com.


Posted by OLD GEEZER'S REPORT at 9:36 AM No comments: