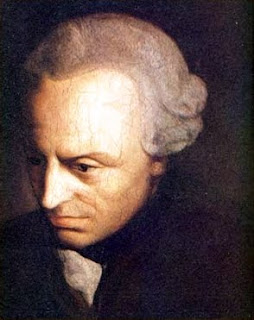 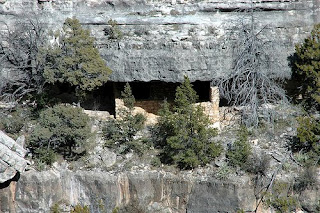 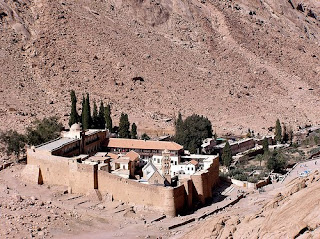 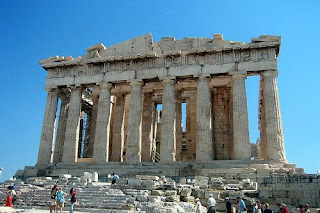 Visiting The Prelude Show of the Artists' Coalition at the Coconino Center for the Arts last year I felt as though I were on an excursion through alternate realities. Artists, like gardeners, are often slightly off the grid, and, therefore, entertaining, interesting, and often lit with insight.

Artists see things differently from the way most people see them, putting things together in fresh ways. While they don't create ex nihilo, out of nothing, as does God, as human beings, they fashion variations on God's creation. Creating in their minds' eyes, their vision remains unknown unless crafted. So art as an artifact is a craft as well as a vision.

On a journey of discovery, I tried to see what they saw as well as how they saw it. Some were angst, some libidinous exuberance, some remembered sorrows, some the joy of elegant form, and many private ironies. So it is with gardeners because they, too, fugue on themes divine.

Some appear as junkyard gardeners, their gardens littered with broken pots, leaking hoses, piles of compost, over-grown vines, and old benches. Amidst the chaos, isles of beauty appear, flowers seldom seen, cascading planters hanging from trees, tables laden with extravagant plants, and small, carefully tended plots of rocks, flowers, vegetables, and grass, all configured to see the ordinary extraordinarily. A garden is a Weltanschauung, to use Emmanuel Kant's word, a way of looking at life and the world, and these apparently chaotic gardeners use the beauty of their plots as means to survive in their worlds "without form and void."

Then there are gardens, carefully tended, architecturally crafted, everything in its place. Grass carefully clipped, flower beds fashionably curved, as places of ease and contentment, these gardens invite an afternoon snooze, a picnic with wine and bread for two, reading a favorite book, a place of safety. Fashioned out of chaos, these gardens are achievements, where gardeners aren't merely surviving, but prevailing. No absurdities, inconsistencies, and unintended consequences, they're predictable and reassuring without tumult or turmoil. As the ancient Hellenic cult temples set in the chaos of Greek history, their art is in the elegance of the form where chaos stops at the property line.

Some gardeners don't seek to impose order on chaos or seek refuge amidst the chaos, but seek rather to protect themselves against the chaos. Buttressed by a no-man's land of gravel and fences, they resemble moated castles, defended against a hostile chaos without. Plots of beauty behind the fences, never seen save for those who live within, may be exquisitely beautiful, inner gardens of beauty, akin to medieval monasteries in which a faith under assault was protected.

Other gardens, which are usually near the end of the road, are neither examples of imposing order with everything in its place and a place for everything nor fleeing from disorder in which everything means nothing. Rather, they're examples of looking for patterns and rhythms in the natural world, contours in the chaos, such as communities of plants, such as pines, oaks, and penstemon. At the end of the road, they are leaving the disharmonies of urbanity behind them to find a harmony with the natural world. The silence of the forest and woods where there are no straight lines and jangling noises, where boulders aren't removed but used as pivots of design, offer a sense of fusion with the creation instead of an alienation.

Last, a no garden at all, the weeds and refuse of "I don't care," "what's it to me?" and "so what?" Nihilistic, a belief in nothingness, they're the art of the irresponsible the punked-out grunge garden, mumbling an inchoate "whatever."

Of course, all gardens are works in progress, never complete, never finished in which the gardeners' art is either disintegrating or unfolding, as gardeners reveal themselves as their gardens evolve. They may appear disorderly, but as any experienced gardener knows, failure is as much a means to accomplishment as success and, often as not, a better tutor. Of course, these gardens are all of us who are becoming rather than being and in becoming do it in the dirt.