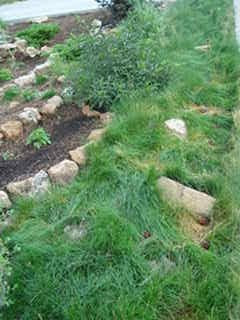 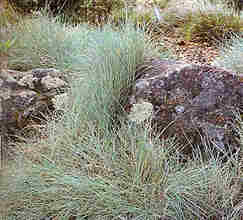 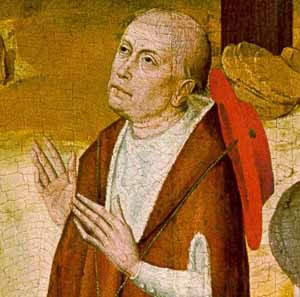 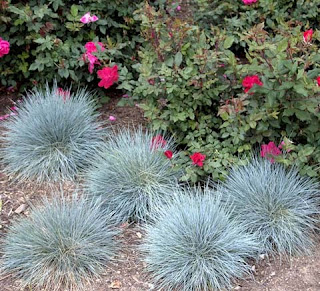 My mother, a bit more modern, graduating from Oberlin College in 1908, a smile at the corners of her mouth, said, "And, Tom, tell the boys what to say when a woman is both."

He paused, long enough to dig himself out of a hole, and said, "Well, Hazel, as with you, I'm speechless." She smiled in triumph. It was then I learned that women are the superior of the species.

The danger in either/or thinking is that it doesn't encompass everything. There are a lot of both/ands. Nicolas de Cusa wrote, "coincidentia oppositorum," the union of opposites. A medieval philosopher, ecclesiastic, and theologian, he said that the rigid Laws of Thought of either/or and nothing else were inadequate. Life included more than either/or and both/and. Upward isn't possible unless there is a downward although virtue is possible without vice while vice is impossible without virtue. Sometimes a virtue is a vice as when the poor steal bread to feed a starving child.

Which brings us to a garden's design. Vegetables and flowers don't have to be planted in different beds. Front yards don't have to be either Kentucky blue grass or gravel. Gardeners can mix opposites. A front yard can be turned into a vegetable garden. Even conventional Southern California water authorities have begun to advocate replacing grass with vegetable gardens. If people are nuts about gravel, they can run gravel paths amongst the vegetables.

Gravel heats the front yard. Spending a summer's afternoon in a field of boulders teaches anyone that rocks mean heat. A vegetable or flower bed is far more cooling than ground up rock. Gravel is global warming's friend.

Also, flowers can be placed amongst the vegetables. The yellows of blanket flowers (Gaillarida pinnatifida) and firewheels (Gaillardia pulchella) make an eye-catching accompaniment to the red leaves of beets. A few dill plants, slim and graceful, towering above such a bed set it off as though it were a still life painting.

The purpose of Kentucky blue grass is turf, providing a field on which people can walk, run, jump, and play. Not many front yards are used as turf. Gravel front yards, in addition to heating the property's atmosphere, make the inhabitants look unwelcoming and forbidding, something like a military disciplinary barracks for the miscreants, the AWOL, and the deserters.

If householders are too slothful to plant flowers and vegetables in their front yards but want something green to avoid heating up their property, several native grasses are gifts. In the first place, they use little water which is why they are called "native grasses." They remain green, and require an annual mowing with a weed whacker in the late spring after their seed stems drop their seeds.

For shady parts of the garden, red fescue (Festuca rubra) works well. A green sod, rather than a clump grass, it tolerates a wide variety of soils and requires only 18" inches of water a year. If uncut, the grass lies down in swirls.

Sheep fescue (Festuca ovina) is a perennial bunch grass, rather than a sod. A green native, it is found in forest clearings and rocky slopes. Tolerating various soils, it can be grown in part and full sun, requiring only 12" of water a year. When densely planted it forms peaks and swirls. A variation of sheep fescue is blue fescue which can be used as a lawn or as an ornamental. It is really quite beautiful.

Arizona fescue (Festuca arizonica) is another bunch grass that cohabits well with ponderosa pines. Blue/green, bunches can be planted close enough together to give the effect of a lawn. It cannot be used as a turf but covers the earth quite well.

Going native in the grass is a virtue and beautifully intelligent.